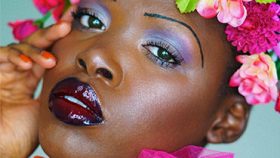 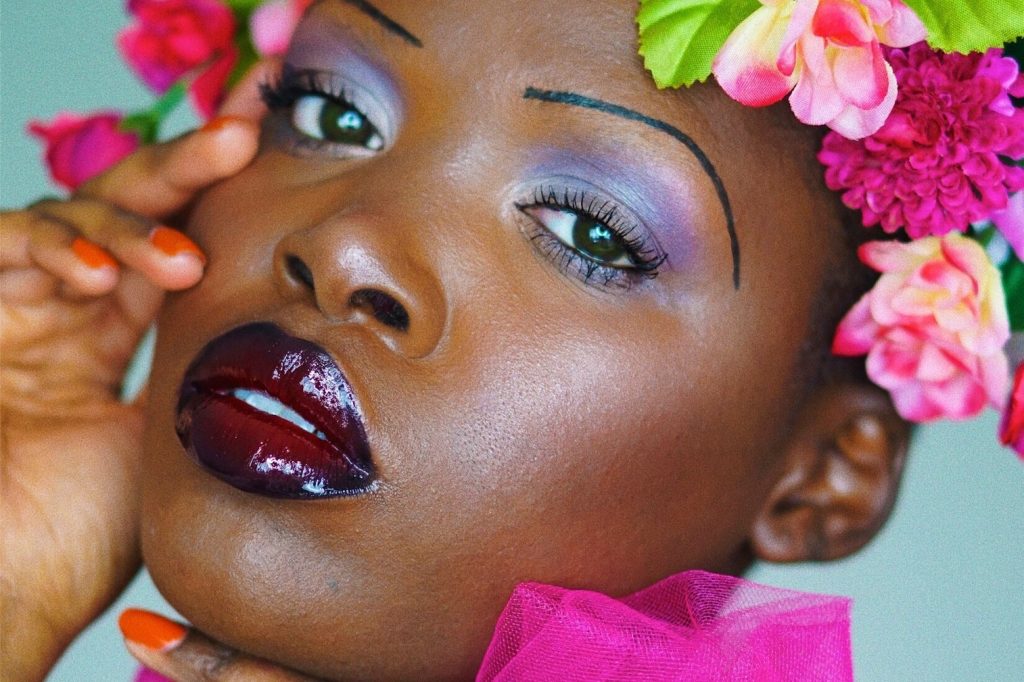 One Atalanta makeup artist has put her spin on Rihanna‘s September 2018 British Vogue cover. The singer’s statement-making cover was recently unveiled near the end of July and has spurred a conversation regarding the possible reemergence of thin eyebrows.

Ariel Thomas, who goes by Jay Thomas on social media, felt particularly inspired by the look and posted her version on social media, writing, “💐Inspired💐 by @rihanna ‘s @BritishVogue shoot! When I saw this I couldn’t help but try to recreate!”

In an interview with Teen Vogue, Ariel explained that after seeing the photos she went directly to her local craft store. She stayed up until 5 a.m. the next morning, working on everything from the makeup to the floral accessories that accompanied the photo. ” It wasn’t very difficult to do but covering my eyebrows was a task,” she told Teen Vogue. “I bought a headband, the fake flowers, and a yard of tulle. My little sister helped as a model while I created the crown of flowers on her head and the tulle was pretty simple, I just tied it into a bow.”

Her makeup must-haves for the look included the Norvina eye shadow palette, lipsticks from Colourpop and Beauty Bakerie, and of course, foundation from Fenty Beauty.

Ariel shared that she almost decided not to do the look, as she has never really done a makeup routine quite this intensive before. However, she credits her family with encouraging her to try. “I felt so accomplished when I had finished and then reviewed the shots I got,” she said.

Followers on Twitter and Instagram have been equally impressed by the makeup work. “This is so spot on and perfect wow omg,” one person on Twitter commented. Another follower even congratulated Ariel, writing, “You did a great job…amazing!” While some have also inquired as to how Ariel was able to recreate such a high fashion shoot.

The positive reactions from social media have made Ariel feel “so happy,” and she’s hopeful that maybe Rihanna herself will come across the look. “If Rihanna saw my post I would probably cry a little bit, no lie,” she said. That would be amazing.”

this is so spot on and perfect wow omg

OK when TF did you have time to put a full editorial shoot together? This is everything