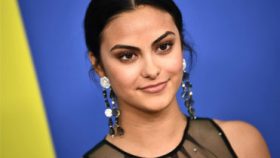 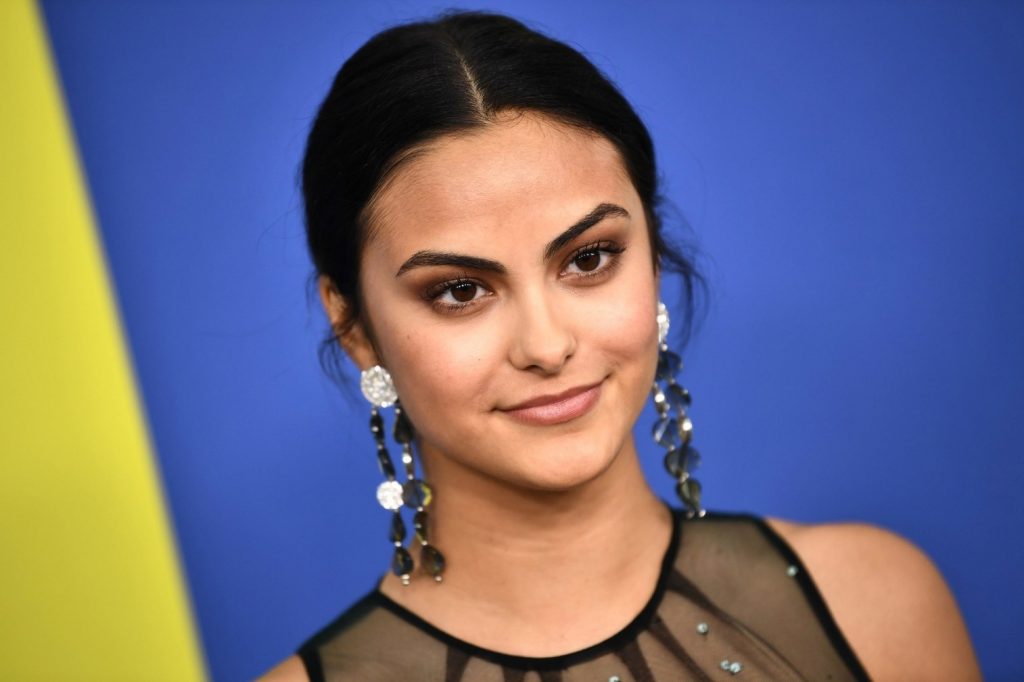 When it comes to applying and blending makeup, your typical sponge, brush, or Beautyblender is really just the tip of the iceberg. Take, for example, the YouTuber who went viral after using her tampon to apply foundation, or the woman who turned a marshmallow into a DIY sponge. The sky is pretty much the limit (people have even used iPhones to blend their contour, after all). It seems as though Camila Mendes recently discovered another everyday beauty tool — one that was waiting right on her breakfast plate at Riverdale’s Pop’s Diner.

In an Instagram Story posted by Cole Sprouse on Friday, November 16, you can see Cami — in full Veronica Lodge attire — using a pancake to blend her makeup while on set. The best part about the video is that Camila is so casual about it, running the folded pancake over her cheekbones to smooth out her highlighter, and dabbing it over her chin, forehead, and nose.

As the video nears its end, Cole pans the camera down to her plate, and it appears as though Cami reaches for a slice of bacon. Not sure whether she’s going to snack on it or use it as another beauty tool, but either way, the idea is sheer genius. 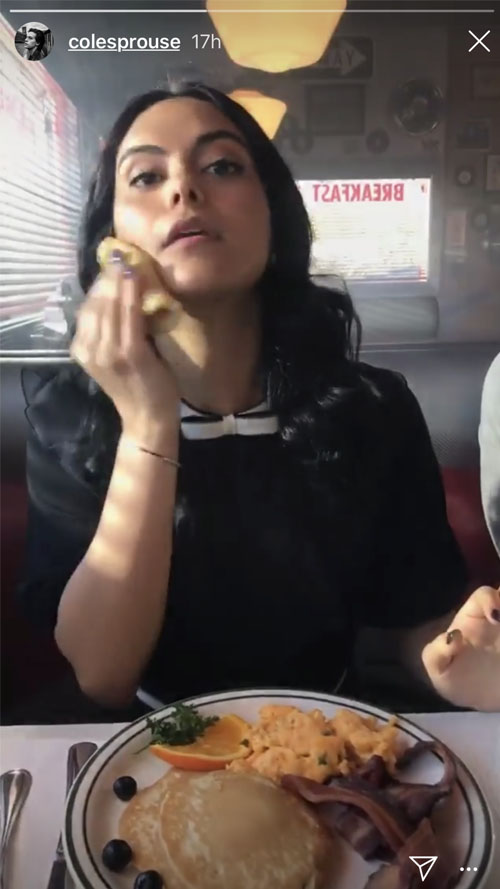 This isn’t the first time Camila revealed a pretty clever beauty hack. Earlier this month, the Riverdale star showed up at the People’s Choice Awards wearing Eos Lip Balm as blush for a perfect dewy glow. She also clearly has a pretty good sense of humor when it comes to the beauty world, joking about having “mad scientist” eyebrows (although they just look bushy-n-beautiful to me), and using her bangs as a way to “hide” her acne. As for her own beauty routine, Cami has said that she always goes for regular facials, and is as much of a Glossier fan as the rest of us.

Now, if you’ll excuse me, I’m going to go whip up some pancakes of my own — I have some makeup to blend!