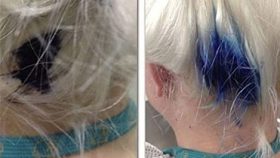 “It was the craziest thing I’ve ever seen” 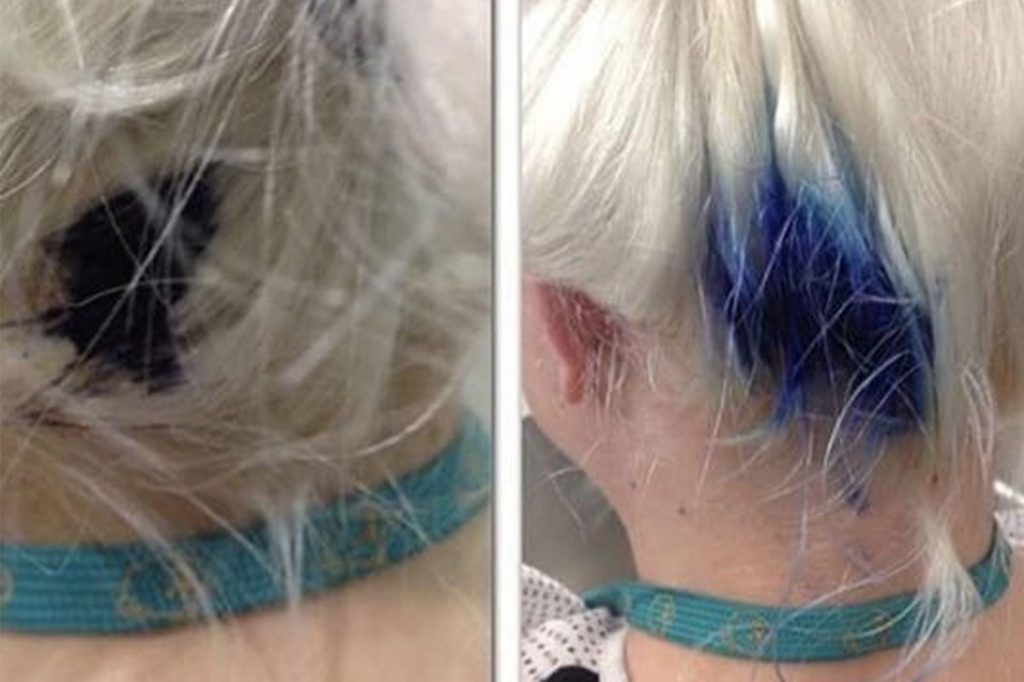 We’ve all been there: You’re not at home and you need to put your hair up — but you don’t have a hair tie. And because the feeling of having your hair on your neck or in your face when you really don’t want it there is incredibly annoying, it can be tempting to reach for whatever random object is available to stand in for your trusty elastic. But there’s one popular alternative that you should probably avoid completely: a pen.

Take it from a woman who experienced the worst-case scenario: a massive ink blot in her platinum blonde hair. Colorist Kelly O’Leary-Woodford shared the story of her client’s mishap on Instagram, as reported by Allure. “One week before my clients wedding, her pen that was in her ponytail burst. What number is this on your ‘worst ever’ scale?! 😧😧😧,” Kelly wrote in her caption, adding that “it was the craziest thing I’ve ever seen.”

Kelly’s client, Daphne Martin, told Allure that she put the pen in her “messy ponytail” while at work. “A coworker approached me and told me what had happened, and I was in complete shock,” she said. It’s understandable: Kelly’s Instagram post showed the extent of the leak: A significant-sized, very dark blue patch of ink right at the nape of Daphne’s neck.

Daphne, who had gone to school to become a hairstylist, quickly went home and got to work remedying the situation. “Let’s just say there was a series of ponytails and kitchen sink hair-washing,” she told Allure. Enlisting her fiancé to help, Daphne washed and blow-dried the inked area before applying bleach. “Surprisingly enough, five minutes of bleach got that out of my extremely light hair,” she said. “My hair was back to normal that day — even an hour later, thank goodness.”

It may have been a relatively quick fix, but Kelly told Allure that the solution would likely be much more complicated on darker hair. “If she’d had brown hair, lightener could lighten the [hair] color, so it may be a little trickier,” she said. “I would try to lighten it, then would have to re-color the spot to blend it back in.”

And while Daphne was able to reverse the damage on her own, possibly thanks to her previous hair-education, Kelly told Allure she doesn’t advise doing that if you find yourself in the same situation. But, if you take Daphne’s advice, you won’t need to worry about that: “I’ve learned my lesson,” she told Allure. “No more pens as hair accessories.”