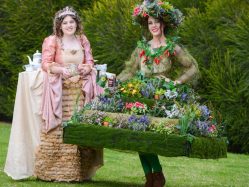 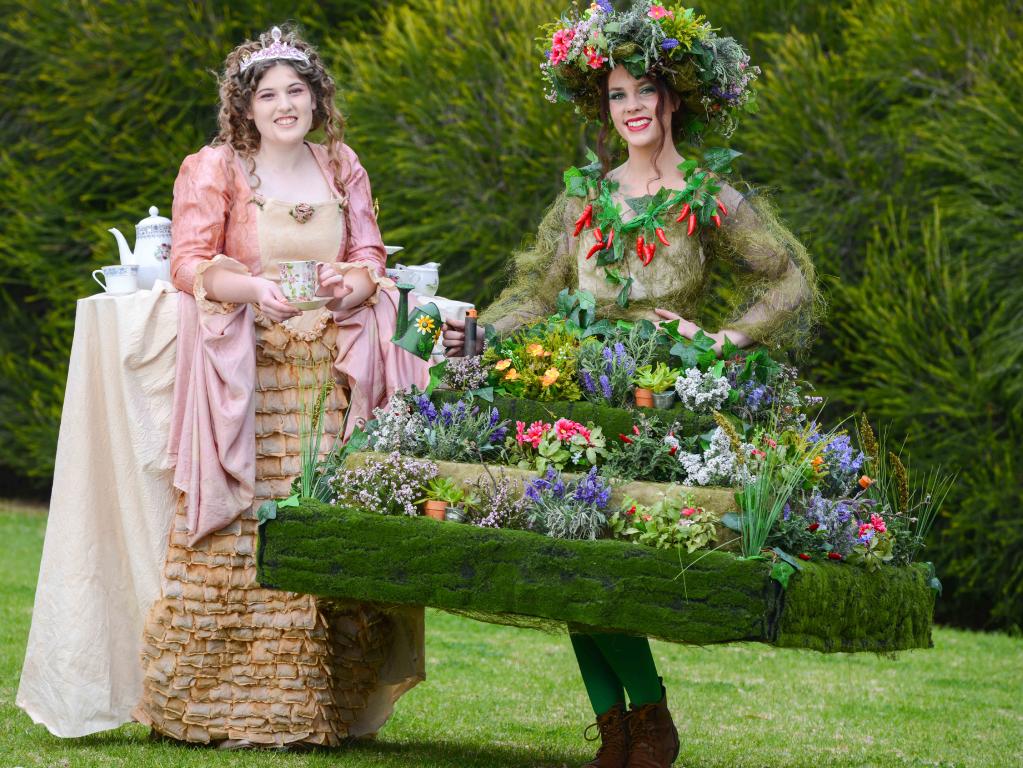 THE extravagant dresses Emerald Edson-Wilkinson and Elizabeth Nelson spent months designing certainly make fashion statements but it is their hidden messages that make them so special.

Their hard work paid off, with the pair placing first and second at the Apex Australia Teenage Fashion Awards state finals last week in the society and environment wearable arts category.

Emerald says stories of young Indian girls being taken from their homes and forced to work in dire conditions at tea plantations inspired her dress.

She wondered if these girls dreamt of being a princess, just like she did as a young girl.

Her Edwardian-style garment is made of tea-stained calico and recycled fabric adorned with layers of used tea bags to create a lace effect.

A China setting on a wooden shelf is hidden under the material.

“I did a few different designs,” Emerald, 17 who is based at the college’s Aldinga campus, says.

“Originally I was going to do the dress short but that didn’t really fit with the Victorian style.”

Elizabeth took a different approach, instead trying to make the audience consider the disappearance of backyards as a result of urbanisation.

Her gown has a fitted bodice with a tiered geometric wooden frame covered in grass mesh, curtain material and synthetic moss.

But it is the plants resting on the wooden frame, many of which are placed in cups filled with wet foam to keep them hydrated, that give the dress a special touch.

“It’s mostly made up of real plants,” Elizabeth, 18 who is based at the school’s Morphett Vale campus, says.

“We source them from the school gardens — there’s such a variety here.

“It started off with a lot of research and idea generation to see if anybody had done anything similar — there was lots of problem solving.

“The first probably month was just trialling to see how we were going to pull this off.”
The girls will travel to WA to compete in the national finals on October 21.

They are glad they are going together — mostly because they can help each other “shimmy” into the dresses, which they say are difficult to walk in because of their wooden shelves.

“The competition was so good in Adelaide, I can’t even imagine what it’s going to be like in WA.”