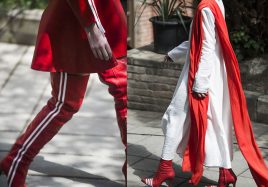 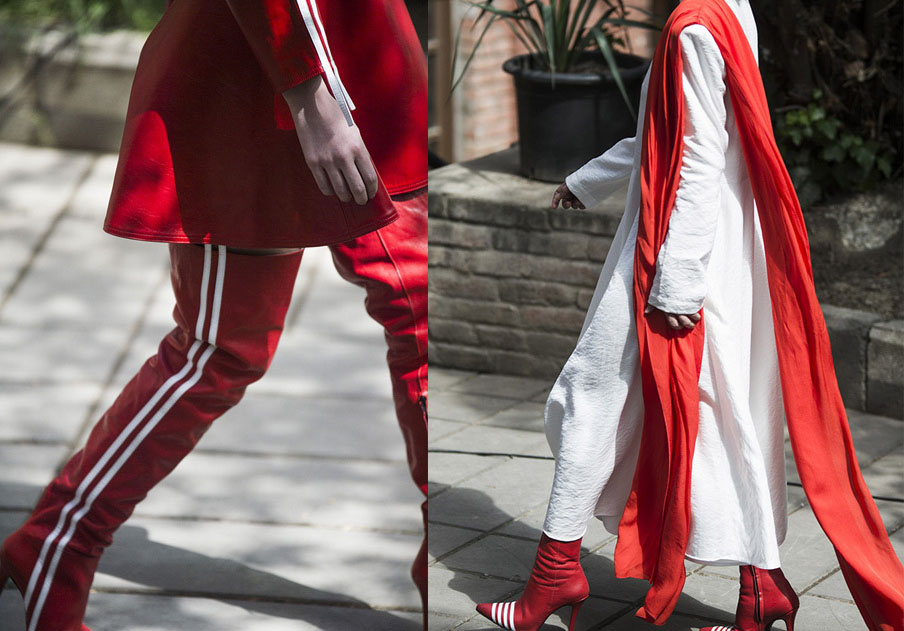 From white to pink to floral, boots and booties have made their mark throughout spring and summer. And naturally, with boot styles being the leading silhouettes for fall, the variations in design are only on the verge of ramping up.

While a crisp white shoe may still be worth wearing after Labor Day and pink shows no signs of slowing down, the classic stripe is emerging as the refresh to fall footwear.

Street style has already proven that fashionistas are on top of the striped boot trend. At Copenhagen Fashion Week, photographer Daniel Bruno Grandl captured model Nadja Bender strutting in a pair of leather Valentino Garavani boots. Street style at Tbilisi Fashion Week in May was just as convincing; attendees sported striped styles in white and red, of which the latter appears to be a favorite base color for the trend overall.

Moschino and Kenzo both tapped into striped footwear messages at recent runway shows. At Kenzo’s spring ’18 show at Paris Fashion Week in June, knee-high socks in neutral stripes, anchored by brown and black, were a key message. The socks, paired with sandals — which has been another ongoing trend — created the slight illusion of a sock boot.

Striped socks were paired with sandals on the Kenzo SS ’18 runway for a modernized footwear effect. Rex Shutterstock

On the flip side, Moschino not only sent thigh-high striped socks, but also striped boots, down the catwalk. At the spring ’18 resort collection in Los Angeles, red platform leather boots featured a side stripe with “Moschino” branding in blue and white.