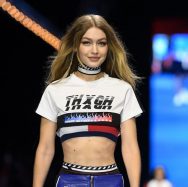 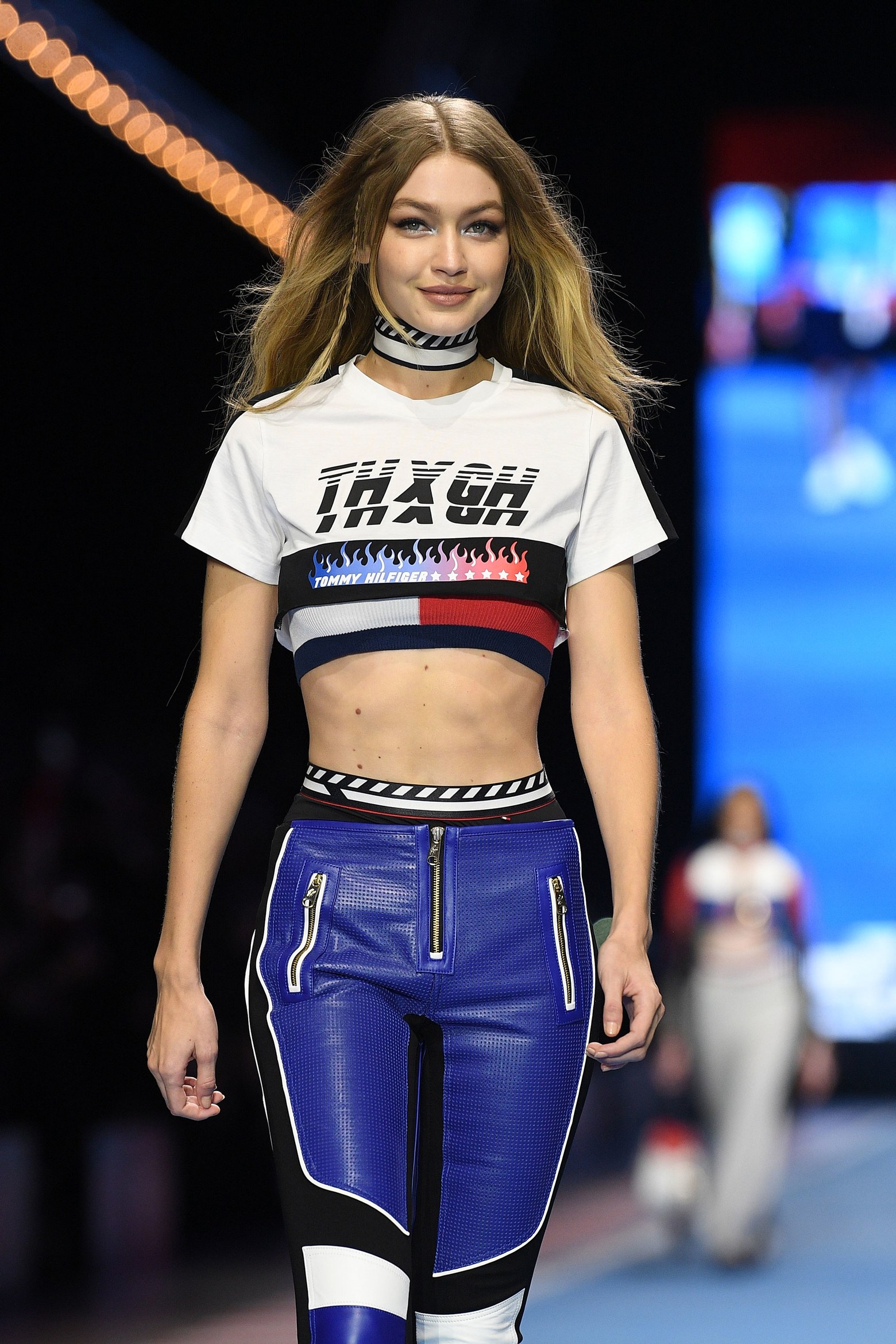 Tonight, all eyes were on Gigi Hadid as she opened—and closed—Tommy Hilfiger’s see-now-buy-now Spring 2018 show, helping the designer bring Milan Fashion Week to the finish line in extreme fashion. Debuting her latest collaboration with Hilfiger, the supermodel hit the Formula One–inspired tarmac in a rock-solid, ab-baring crop top and cobalt leather racing pants. And it wasn’t just the clothes that were high-octane, as Hilfiger’s signature all-American beauty was revved up and reimagined for the runway too.

Every girl in the star-studded lineup—including the Hadids, Joan Smalls, Winnie Harlow, and Josephine Skriver—received airbrushed winged liner accented with iridescent silver smudged into tear ducts and under the lash line to chromatic effect. Makeup artist Mark Carrasquillo also repurposed Maybelline’s Baby LipsBalm as a highlighter, blending it onto the high points of the cheeks for an oil-slicked strobe.

But it was the gritty, deconstructed lengths that hairstylist Eugene Souleiman dreamed up that brought the life-in-the-fast-lane look full throttle. Inspired by the “speed of life,” Souleiman sought to create a look that was equal parts sexy and uncomplicated. “People don’t have the time anymore,” he explained backstage. “[Hair] needs to translate to the modern woman.” Given the show’s theme, he also wanted the style to be a bit “pumped up,” which is where the sporadically placed micro braids came into play. Ultra-practical, with undeniable cool-girl appeal as demonstrated on Hadid, weaving tiny plaits into your hair is an exhilaratingly easy way to update your look for spring. Thus, from the runway to Coachella, consider them your fast track to festival season.