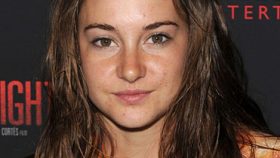 The red carpet can be a scary place. Not that we speak from personal experience, but we think it’s safe to assume that having that many cameras pointed at you and people calling out your name can be a little overwhelming. Just think about all the pressure to look good! Because if celebrities aren’t careful, their fashion choices will end up on a worst-dressed list — or worse yet, their wardrobe malfunctions will go viral!

That’s why we think these celebrities in particular are iconic. While A-listers like Bella Thorne and Gal Gadot are anything but shy about posting no-makeup selfies on social media — and even stepping out that way — that still isn’t quite as ballsy as what stars like Alicia Keys and Shailene Woodley do on the reg.

These ladies have appeared on the red carpet with a fresh face! And not just a “natural beauty look,” but legitimately showing up without a stitch of makeup. But here’s the catch — they all looked stunning. Are you feeling as inspired as we are to get ahold of some makeup wipe and let your skin shine through?