Christina Aguilera Is Almost Unrecognizable with Barely-There Makeup at AMAs 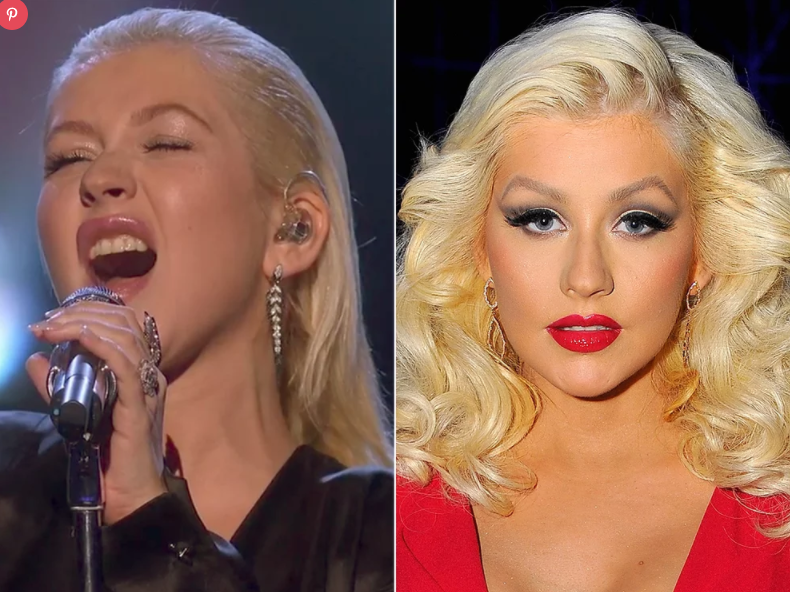 Christina Aguilera left Xtina at home, swapping her usual full face of makeup for a simple, subtle and almost au naturale look for her Whitney Houston tribute at the 2017 American Music Awards.

The singer, 36, blew audiences away with her stellar rendition of “Run to You” from The Bodyguard soundtrack as part of the 25th-anniversary tribute of the Nov. 25, 1992, release. (Academy Award and Tony Award winner Viola Davis introduced Aguilera’s performance.)

The fact that her performance was powerful was no surprise; however, her fresh-faced look – arguably her most minimal and unrecognizable yet – certainly was. 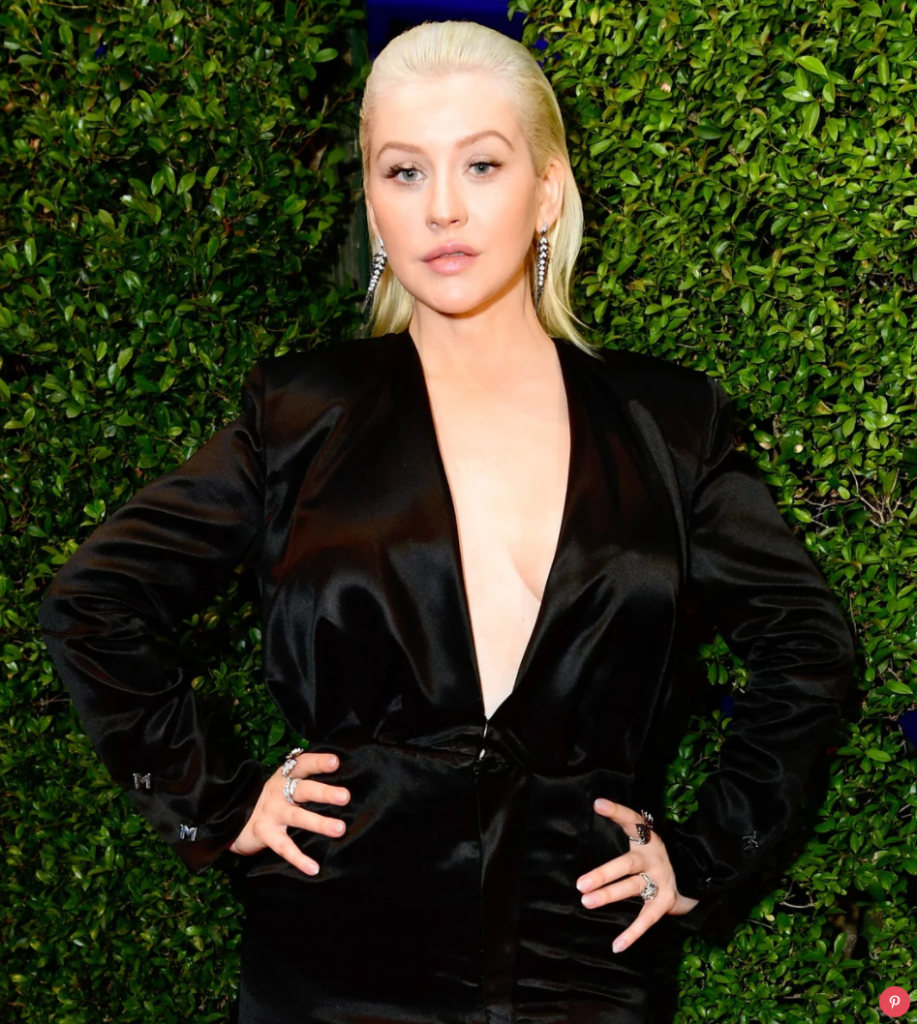 While many have come to know her for dramatic red lips and colourful eye makeup (not to mention fearless hair colours), the star opted to go more low-key for her return to the stage, rocking a nearly barefaced complexion, nude lip and slicked back blonde tresses. 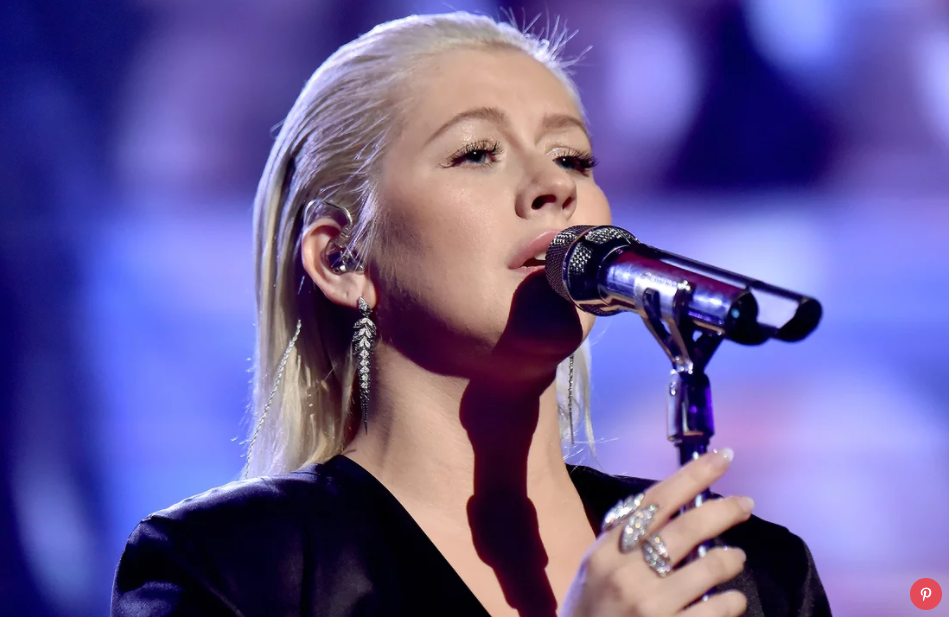 And fans were loving the no-makeup makeup look: 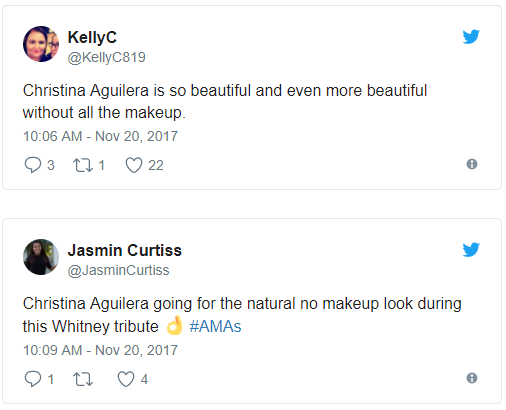 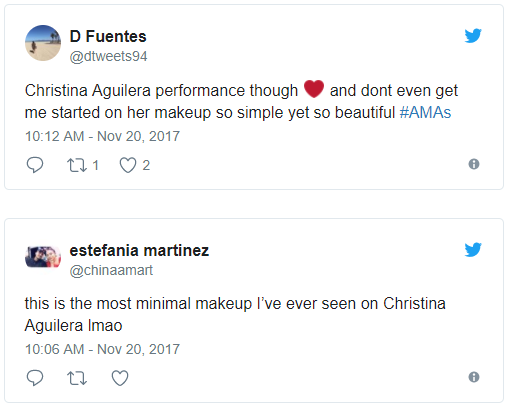 Wearing a black satin suit dress, Aguilera belted out Houston’s “I Will Always Love You,” “I Have Nothing” and “Run to You” as well as “I’m Every Woman.”

honoring an angel @amas this Sunday 🖤

Houston, who had long battled drug addiction, died tragically in 2012 at age 48, after accidentally drowning in a bathtub at the Beverly Hilton Hotel. The late legend’s sister-in-law Pat Houston and her niece Rayah Houston were in attendance for the night’s tribute.

The American Music Awards broadcast live from the Microsoft Theater in L.A. Sunday at 8 p.m. ET on ABC.