This woman doesn’t mess around with her Halloween nail art 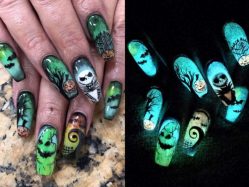 Nichole Herrera, a manicurist at Artistic Nails in Corpus Christi, Texas, has gained overnight fame for her insanely elaborate glow-in-the-dark “The Nightmare Before Christmas”-themed nail art. 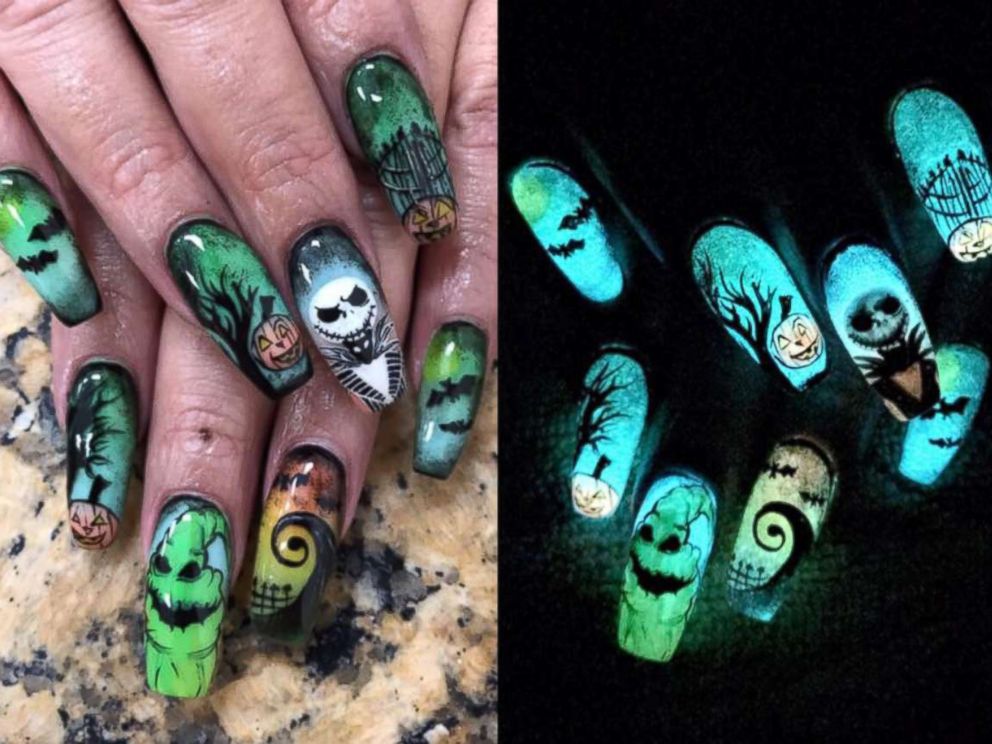 When she first started doing nails, “they were horrid,” Herrera, 29, told ABC News.

“They were really bad, but I just kept practicing,” she continued. “Over the 8 years I’ve been doing it, I’ve been picking up different techniques. You have to be very patient with your work. I’m very patient, and that’s what it takes.”

Herrera’s Halloween masterpieces don’t stop there, though. Check out these other macabre manicures. 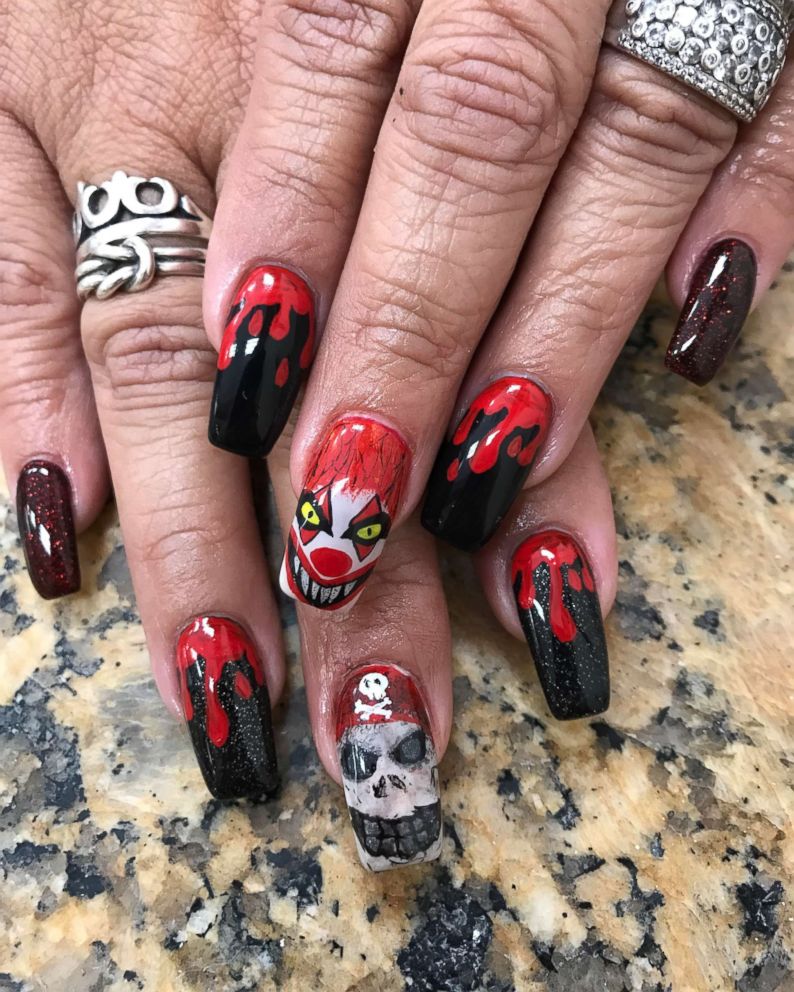 Day of the Dead sugar skulls 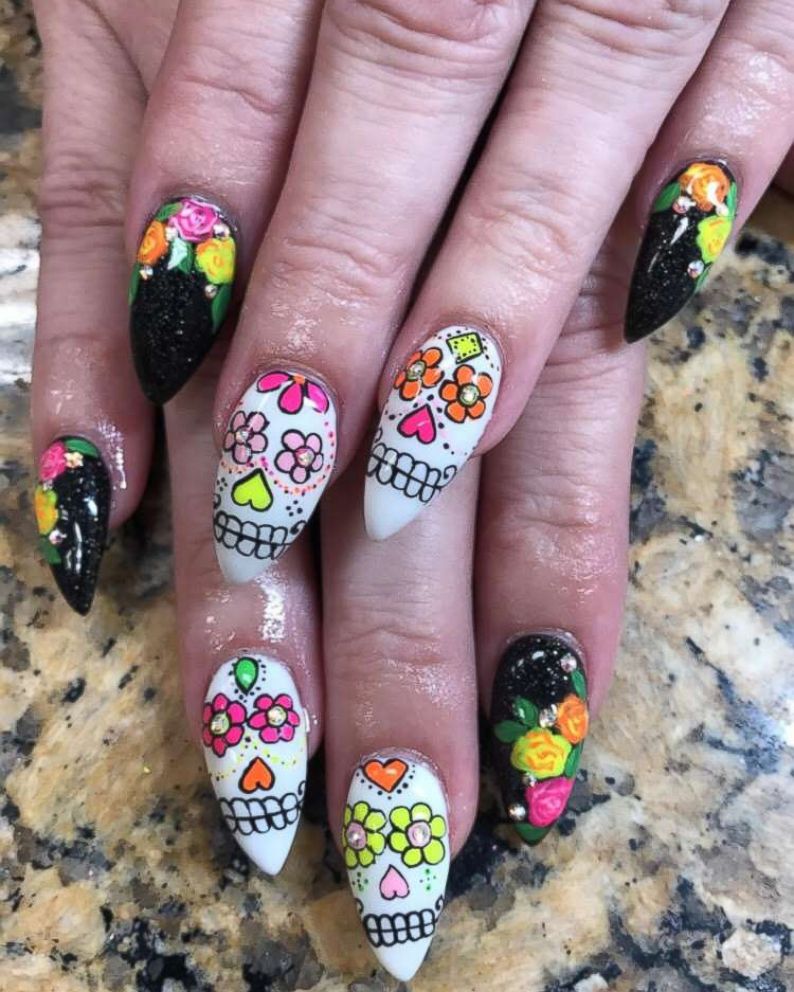 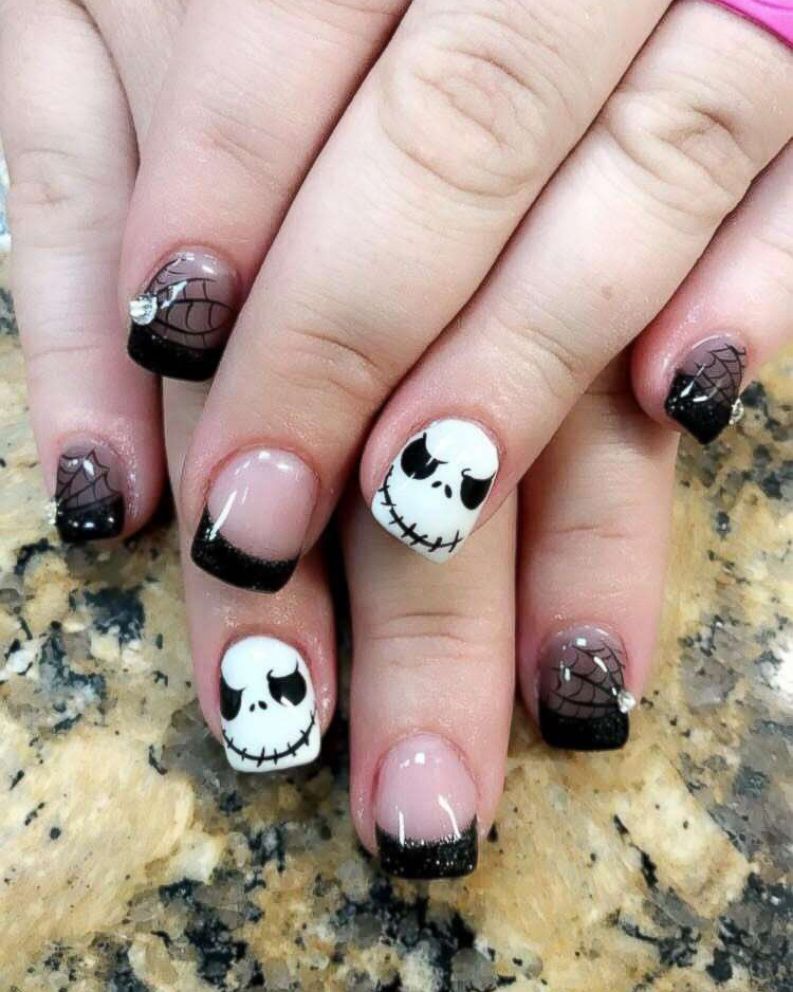 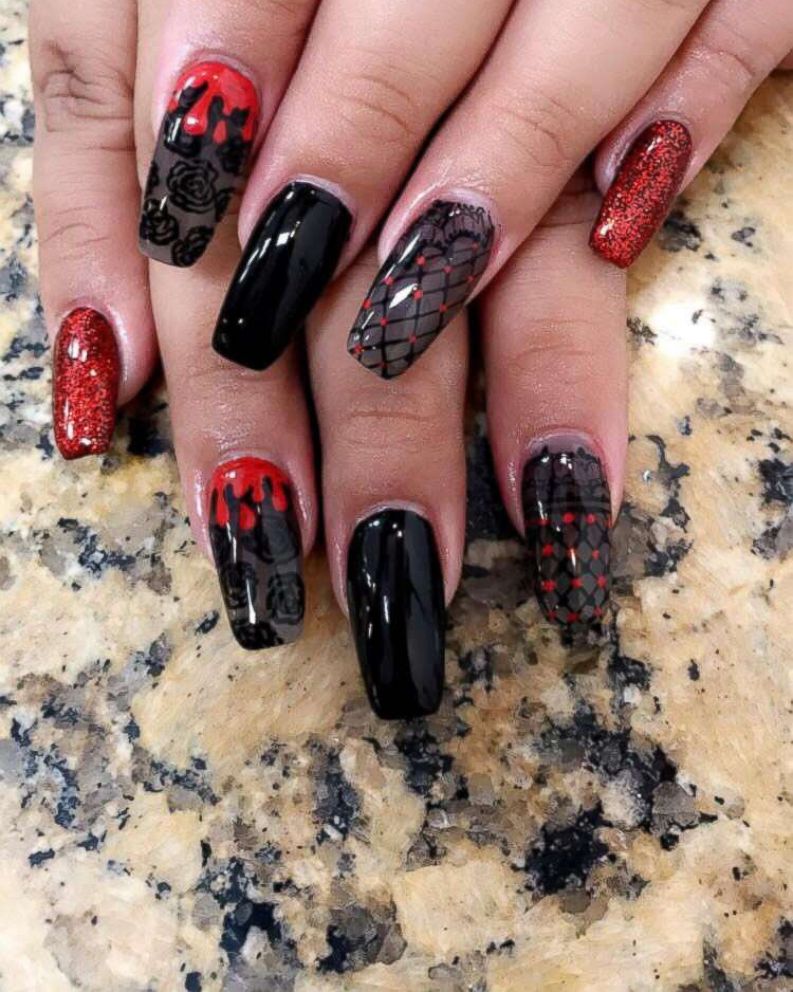 Herrera said over-the-top nail art is her favorite thing to do as a manicurist.

“They’re just more fun,” she told ABC News. “It takes more time, but whenever someone asks for a crazy design, I’ll book myself out so I know it’s perfect and I’m not in a rush while I’m doing it. I’m very passionate about my work.” 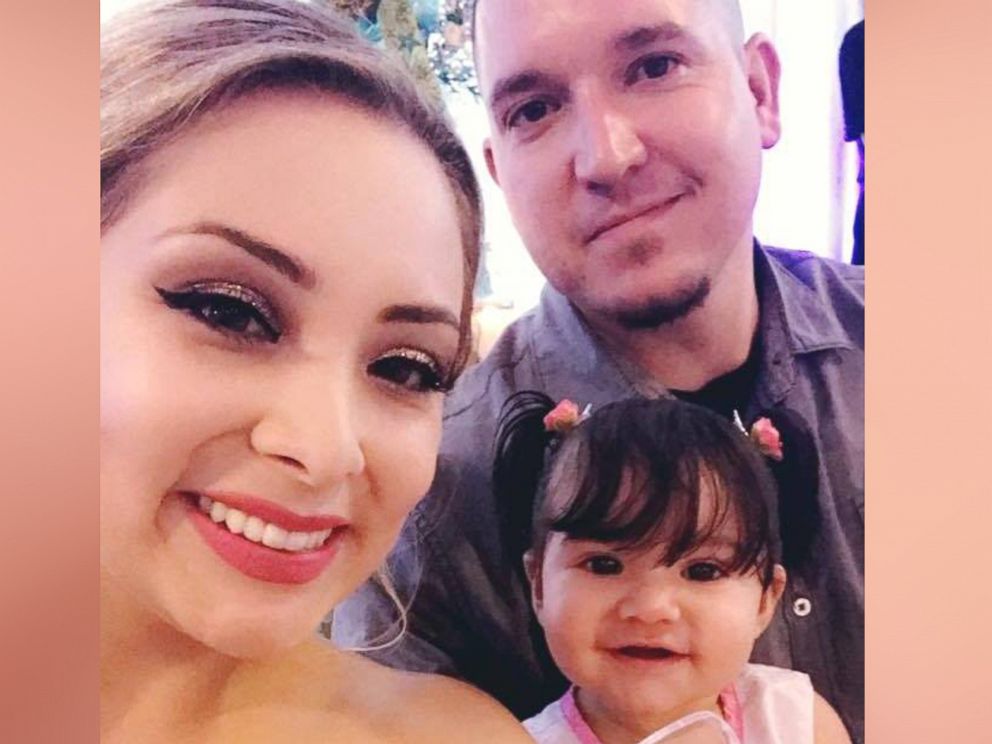 She one day hopes to get her own nail workspace so she can have mommy-daughter manicure time with her 1-year-old.

“She’s obviously too young for nail art now, but when she’s older, she’s definitely going to be the guinea pig,” Herrera said with a laugh.