Why more men are wearing makeup than ever before 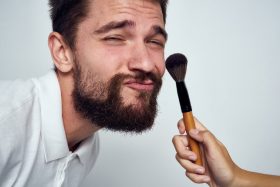 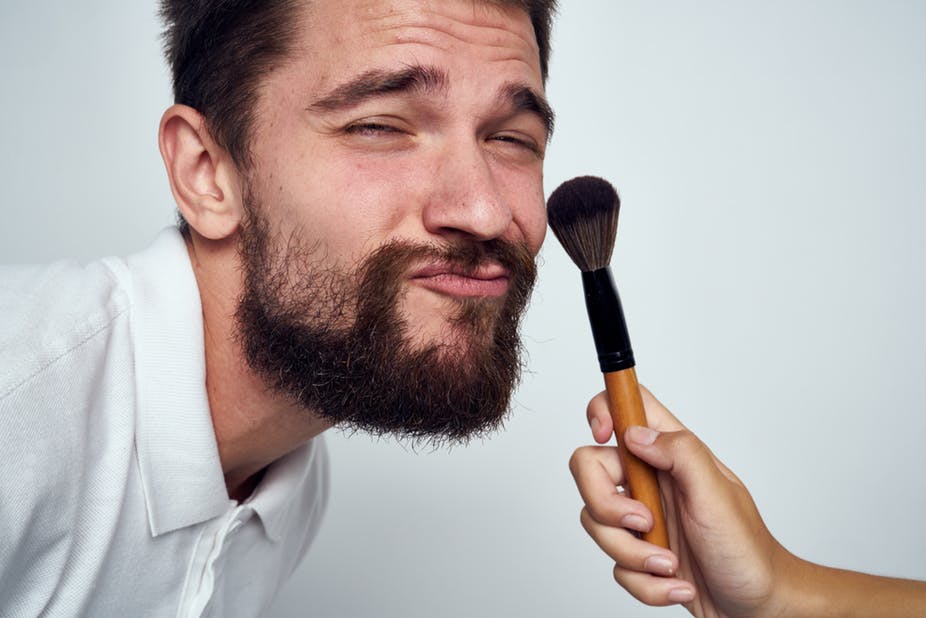 Male grooming is now a multi-billion pound worldwide industry, thanks to a growing number of men spending more on their appearance. Face wash, moisturiser, pore strips and hair removal products are now commonly featured in many a man’s bathroom cabinet – and now also, makeup.

Given that there is already a male Cover Girl spokesmodel, whole beauty sections in stores dedicated to men and articles in men’s magazines extolling the virtues of products such as concealer, it seems likely that 2018 will be the year when men’s makeup goes mainstream.

Makeup companies have been trying to sell to men for decades. But the big challenge, as every marketer knows, is getting men to believe makeup can be manly. Some companies try to do this by opting for a more manlier name – rebranding mascara to manscara, eyeliner to guyliner, foundation to tinted moisturiser. Others argue that make up gives men “masculine benefits” by contouring a more pronounced jaw line, by attracting women, or by fixing so called “skin problems” (such as “patchy beards” and “lifeless eyes”).

One of the more effective ways of getting men to buy make up is through male makeup vlogging. In increasing numbers, men are providing makeup tutorials to other men (and sometimes women) via YouTube and other vlogging sites. Vlogs are very popular among younger audiences, with a recent survey finding that over half of 16 to 24-year-olds, watched a vlog in the past month. Many were also much more likely to watch a vlog than the BBC or any other terrestrial channel.

Makeup is one of the most popular vlogging topics – and vlogs about makeup by male YouTubers such as Patrick Starrr, James Charles and Jeffree Star have over 6m subscribers between them. About 11% of those watching are male and almost 20% are under 17-years-old.

Makeup vlogging can be a lucrative business for men. Top makeup vloggers earn tens of thousands a pounds a month from their subscriptions alone. And many vloggers also bring out their own make up brands and clothing lines.

Companies will also work hard to get their products featured in these videos – either through freebies or official contracts with the vlogger themselves. In this way then, makeup reviews are unlikely to be impartial if the company that makes a featured product is funding the video.

But while some of these videos do actually say they are adverts rather than editorial content, such a disclaimer tends to be lost on the viewer. A recent survey in the US for example, found that few vlog viewers said they watched the videos for product ideas, but rather they watched for entertainment purposes.

Of course, flattering lighting, strategic camera angles and even “living airbrushing” can also make the vlogger look more conventionally attractive than they are – meaning that the actual capabilities of the make up are often exaggerated. Such deceit has in the past got other print media campaigns banned but vlogs seem to dodge such regulation.

And this means that adverts for products are now increasingly reaching what used to be an unexploited market – men. Men too are now feeling some of the same appearances pressures women have experienced for so long. As the feminist Jean Kilbourne said about the growing sexualisation of men and women’s bodies in adverts:

This isn’t the kind of gender equality anyone was fighting for.

For male makeup vloggers, breaking out of traditional gender roles is a positive step, in a society where gender norms and expectations are firmly entrenched. But with this comes a cost: more pressures on men to look a certain (unachievable) way.

Research shows that just like many women, men today are increasingly dissatisfied with their bodies. Many have problematic relationships with food and are turning to protein shakes – and even steroids – in a desperate attempt to meet these pressures. 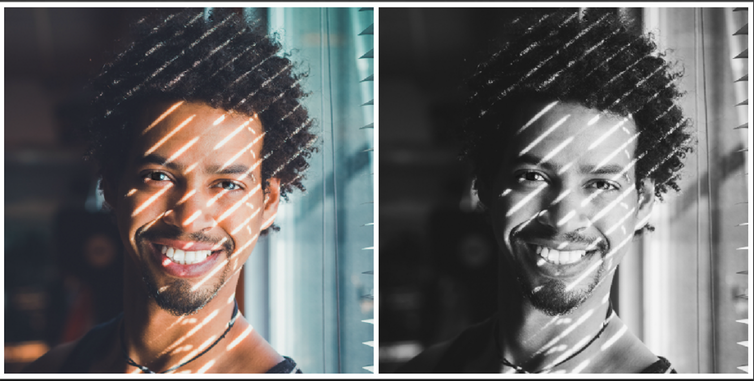 Men are facing mounting pressure to achieve the ‘perfect’ body and spend a fortune on grooming and clothes.
Photo: Shutterstock

However, this research also shows there’s still a “gendered double standard” in these ideals where men have a little more “wiggle room” round their appearance than women. Specifically, there are still more realistic representations of men than women in popular media – think of the Sean Connerys and Seth Rogans of the world.

It is likely though that male makeup will erase this gendered double standard of appearance – removing this “wiggle room”. Adding to the pressures for men not only to be muscular and tall, but also to have no pores, wrinkles or skin blemishes.

So while male makeup may represent a way in which men are breaking out of gender norms, it also results in added pressure for men to look “perfect” – to have flawless skin, strong eyebrows and sharp cheekbones. And as many women know, makeup has a dark side – the more you wear it, the more you believe you could never be attractive without it.