GOLDEN AGE GLAM Beer for shampoo and PINS to separate eyelashes… these vintage beauty hacks were loved by stars like Marilyn Monroe but do they still work?

Want the learn the tricks of stunning old school stars? Here’s how you can do them today at home:

USING beer as a shampoo and ice cold water to keep your skin firm are just two vintage beauty hacks championed by Hollywood stars such as Marilyn Monroe and Audrey Hepburn.

Other tips include washing your face regularly with ice cold water and rubbing olive oil on your skin to make it smooth and glossy, like Sophia Loren did. 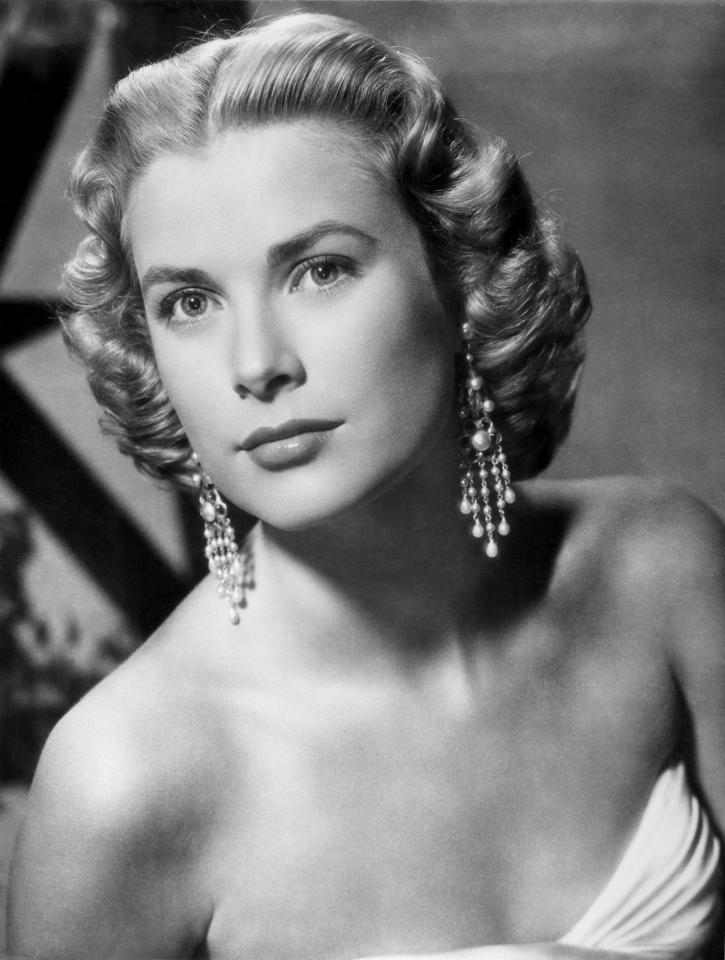 Vintage beauty hacks loved by stars such as Grace Kelly can be replicated today at home, with a modern twist. PHOTO: GETTY IMAGES

And how about handy make-up tips such as separating each eye lash after mascara with a pin like Audrey Hepburn.

Or perhaps you need to banish those bags under the eyes, using vaseline like old-school actresses used to?

Along with the team from Hairtrade.com, the Sun Online has shared the top beauty tricks of the trade from golden age stars, and how you can update them for today… 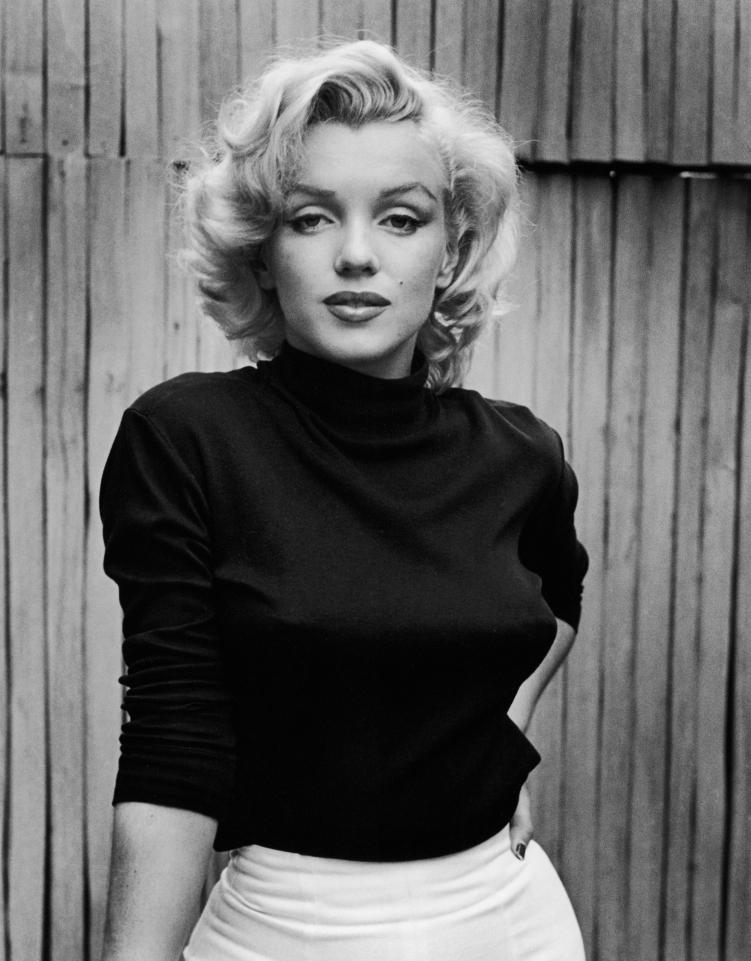 Vintage beauties came up with the idea of rolling damp hair around pieces of fabric, tying off and leaving overnight. PHOTO: GETTY IMAGES

Then: Rinsing hair with beer is an old vintage hack that some still swear by to this day. After the liquid evaporates from the hair, a residue of hops and barley is left giving hair more body and weight.

Now: If you don’t fancy smelling like a brewery, try using a deep-conditioning treatment on your hair once a week to keep it thick and luscious. 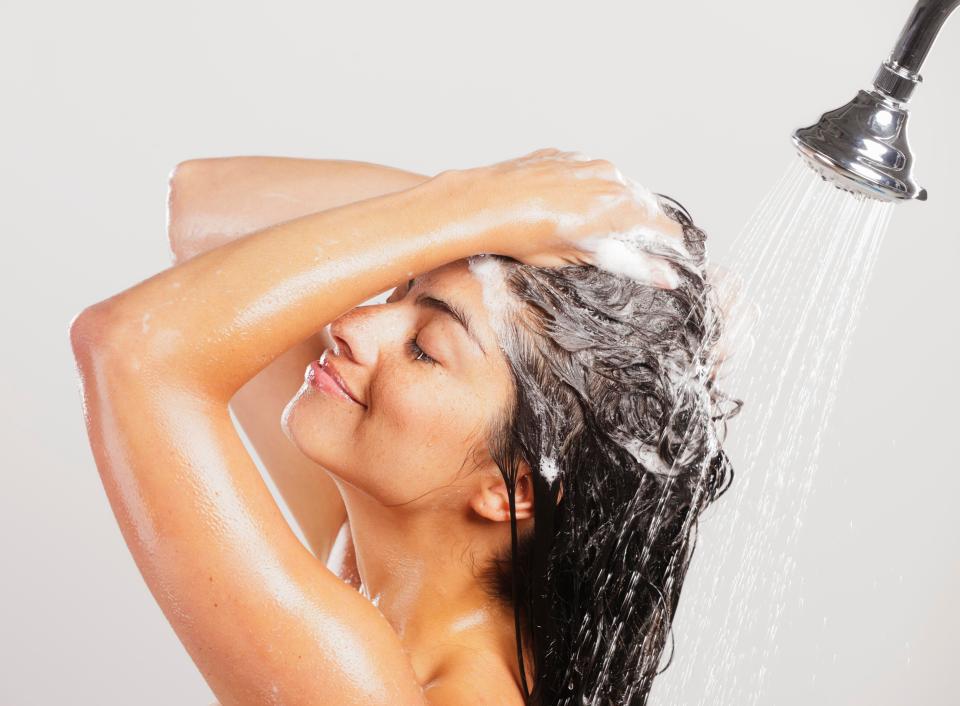 Many claim that the old hack of rinsing hair with beer gives it more body and weight. PHOTO: GETTY IMAGES

2. Separate each eyelash with a pin

Then: Audrey Hepburn inspired the baby doll look, which she achieved using eyeliner and a super-fine layer of mascara on the upper lashes to enhance her eyes.

Rumour has it that she separated every single one of her individual lashes with a pin after applying mascara, to keep them looking as natural as possible.

Now: Thanks to modern-day mascara, we can achieve layered, fluttery eyelashes pin-free. 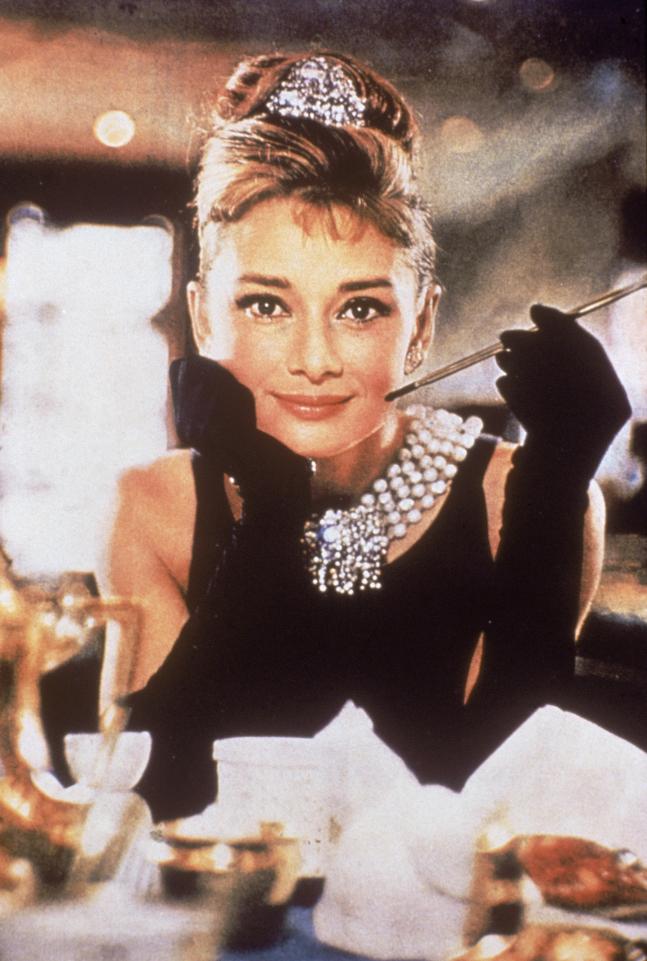 Breakfast At Tiffany’s star Audrey Hepburn is said to get her stunning eye look by separating each lash with a pin after mascara. PHOTO: GETTY IMAGES

3. Add olive oil to food and to your baths

Then: Italian actress Sophia Loren claims her beautiful, glossy complexion in the 60’s was all down to olive oil.

She made sure she consumed at least two tablespoons a day by adding it to her food. She also rubbed it over her skin and occasionally added it to her baths for a nourishing soak.

Now: Try adding a drop of your Moroccan Oil to a warm bath, for a moisturising soak. Like olive oil, you can also use it as a moisturiser or lotion. 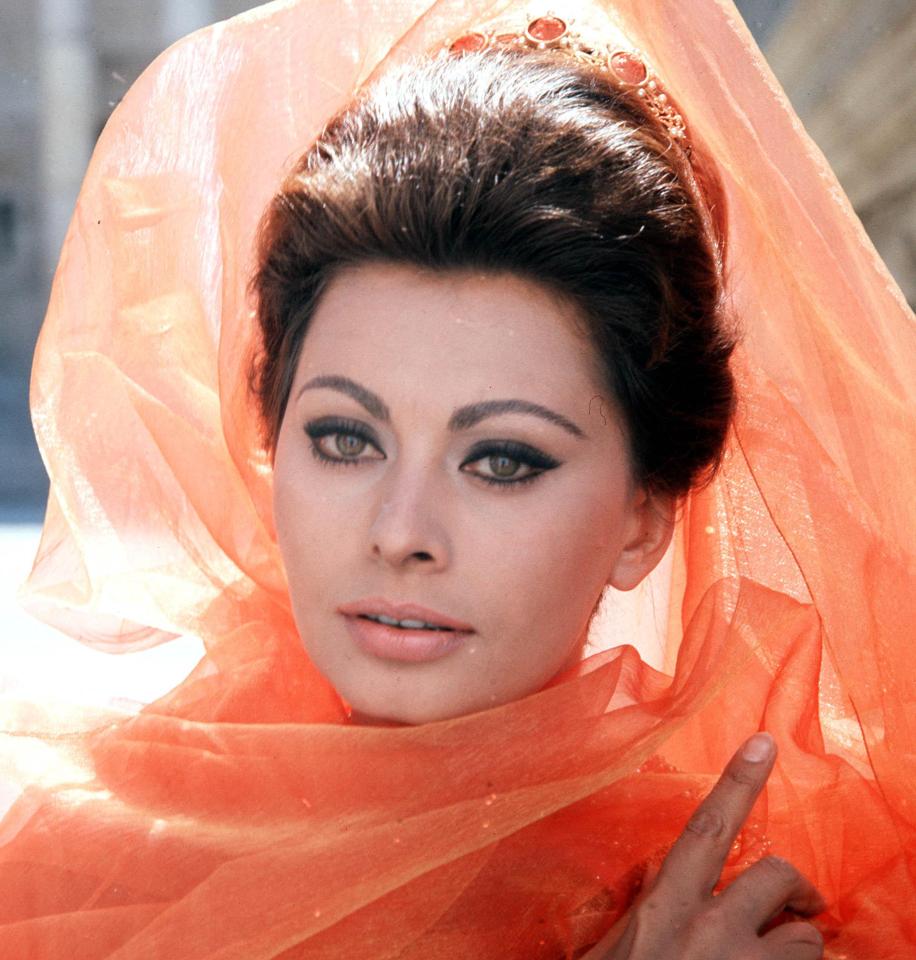 Sophia Loren got her glossy complexion by consuming at least two tablespoons a day by adding it to her food and often put it in her baths. PHOTO: GETTY IMAGES

Then: Hollywood actress Joan Crawford believed in washing her face 25 times a day with cold water to keep her complexion looking fresh and firm.

Now: If you can’t bear dousing yourself with freezing water, try using a modern-day cleanser, to help your skin feel fresh and clear. 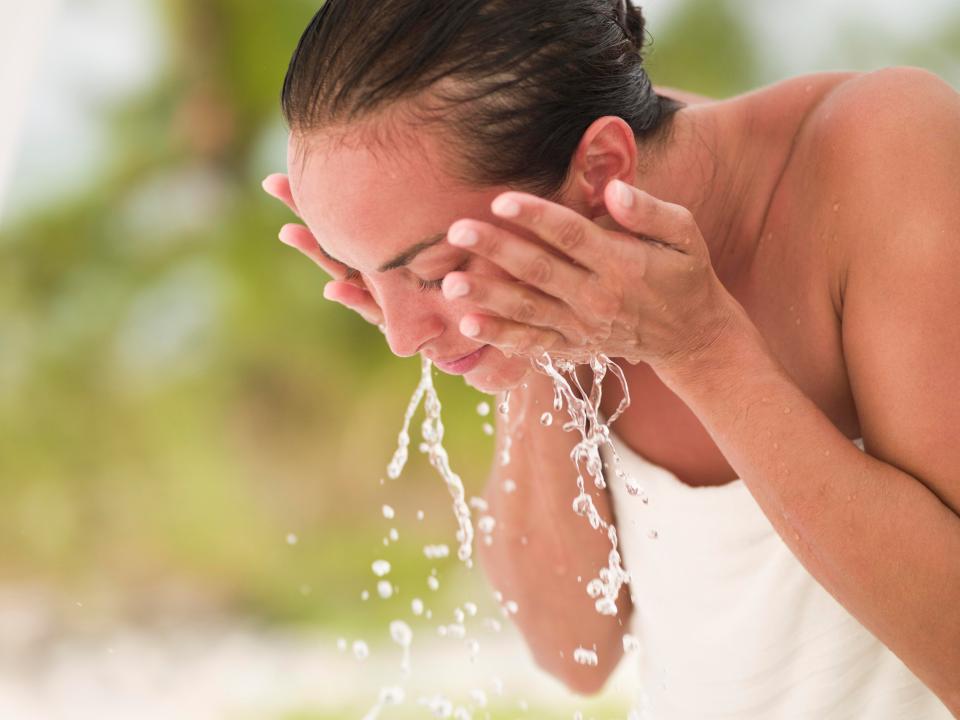 Joan Crawford said she got her firm skin by washing it in cold water 25 times a day, but there are modern alternative cleansers that can help achieve the same look. PHOTO: GETTY IMAGES

Then: Lusciously thick curls were all the rage in the fifties, but hot rollers were expensive and uncomfortable to sleep in. Vintage beauties came up with the idea of rolling damp hair around pieces of fabric, tying off and leaving overnight.

Now: We don’t need overnight methods to make our hair thick and curly anymore. Instead, we could use electrical heated rollers, which achieve beautiful curls within minutes.

Then: Grace Kelly remains to this day as being one of the most beautiful women of all time, but even she used tricks to subtly enhance her features.

One of her tips was to add a brown eye shadow along her eyebrows to a define them, a beauty trick that’s still used to this day.

Now: Nowadays beauty lovers use the art of contouring and highlighting to create definition in the face. 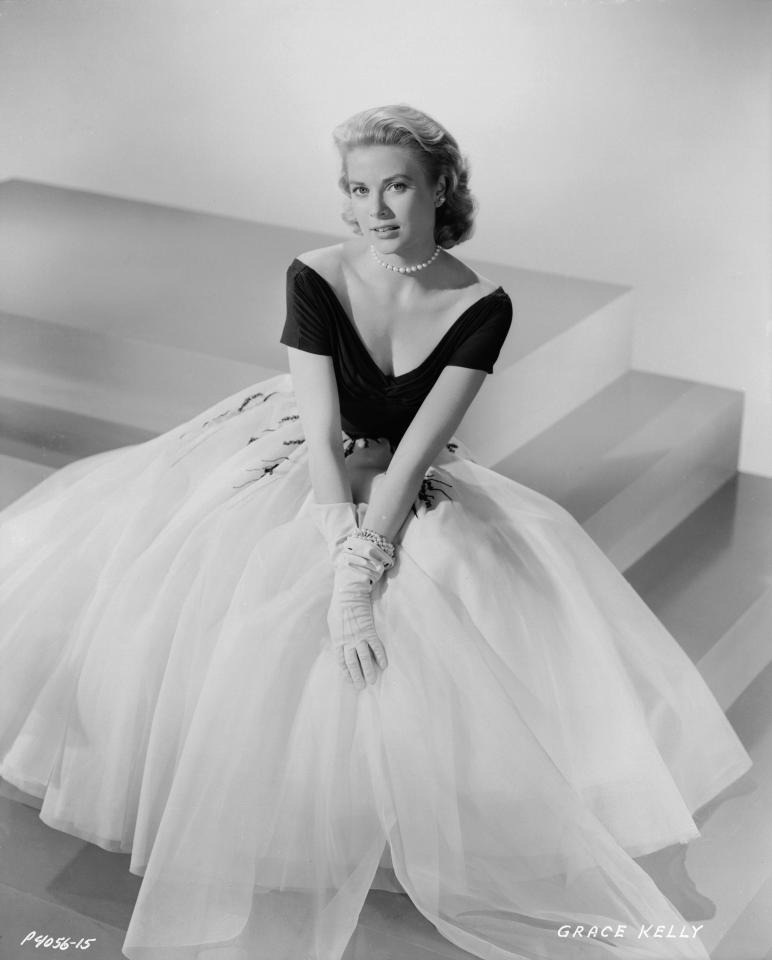 Grace Kelly was said to add a brown eye shadow along her eyebrows to define them. PHOTO: GETTY IMAGES

7. Rinse hair and then wrap with olive oil

Then: In order to achieve thick and luscious hair, celebrities and many other women in the 1940’s would use this rinsing trick.

They would shampoo their hair with warm water, rinse it, then saturate the hair with olive or almond oil and wrap it tightly in a towel for 15 minutes. Then, they mixed a cleanser with lemon juice and warm water and rinsed the hair again to get rid of any residue.

Now: Whilst olive and almond oils both work perfectly, a modern and mess-free treatment will achieve thick and luscious hair.

8. Cucumbers and petroleum jelly solve bags under the eyes

Then: A beauty secret that’s still popular to this day is using cucumber to protect against puffiness. Actresses would also use petroleum jelly for puffiness and dark circles.

They also used to apply it all over their eyelids, before covering with a neutral powder for a natural, long lasting shadow look.

Now: Cover your lids with a primer for long-lasting dramatic shadow looks. 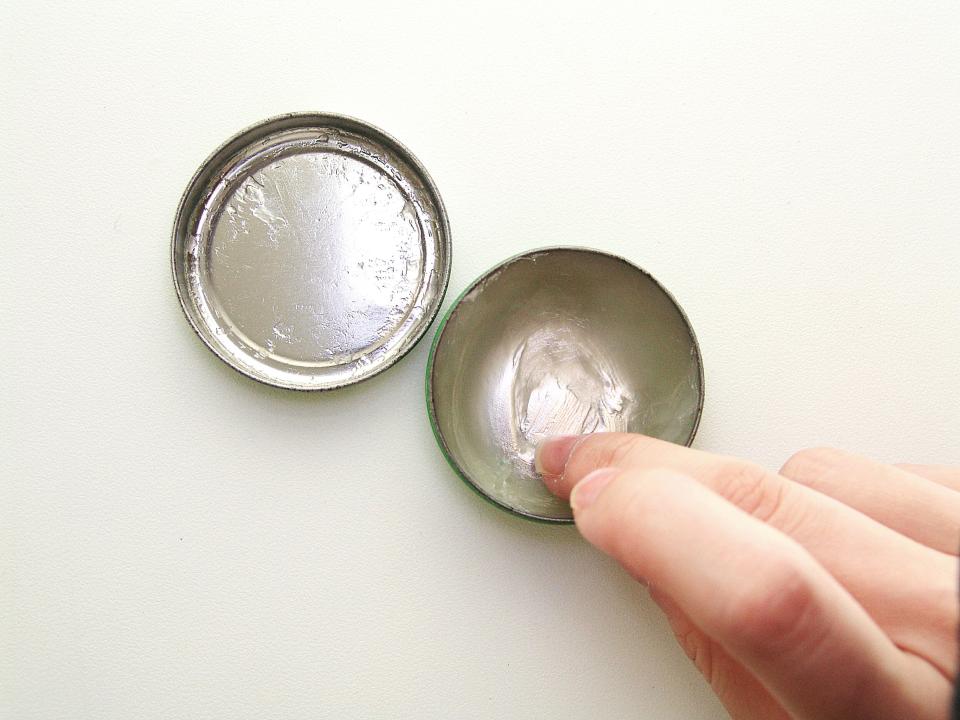 Many old-school actresses would apply Vaseline under their eyes to conceal bags, and then cover it with powder. PHOTO: GETTY IMAGES

Then: Hollywood starlet Jane Russell’s signature look was to match her lipstick colour to her nail polish. This beauty concept was incredibly popular in the 1940’s.

Now: Still a wearable trend, but take it to modern times and combine colours like hot pink and bright purple.

Then: Marilyn Monroe’s make-up artist famously believed in using a single product in multiple colours to add dimension to the face – particularly with eyeliner, which he used in four colours.

Black and brown colours were used on the actresses upper and lower waterlines, combined with a white pencil on the outer corners and red liner on the inner corners to give her that iconic ‘wide eyed’ look.

Now: Try eyeliners which come in a palette of multiple colours. 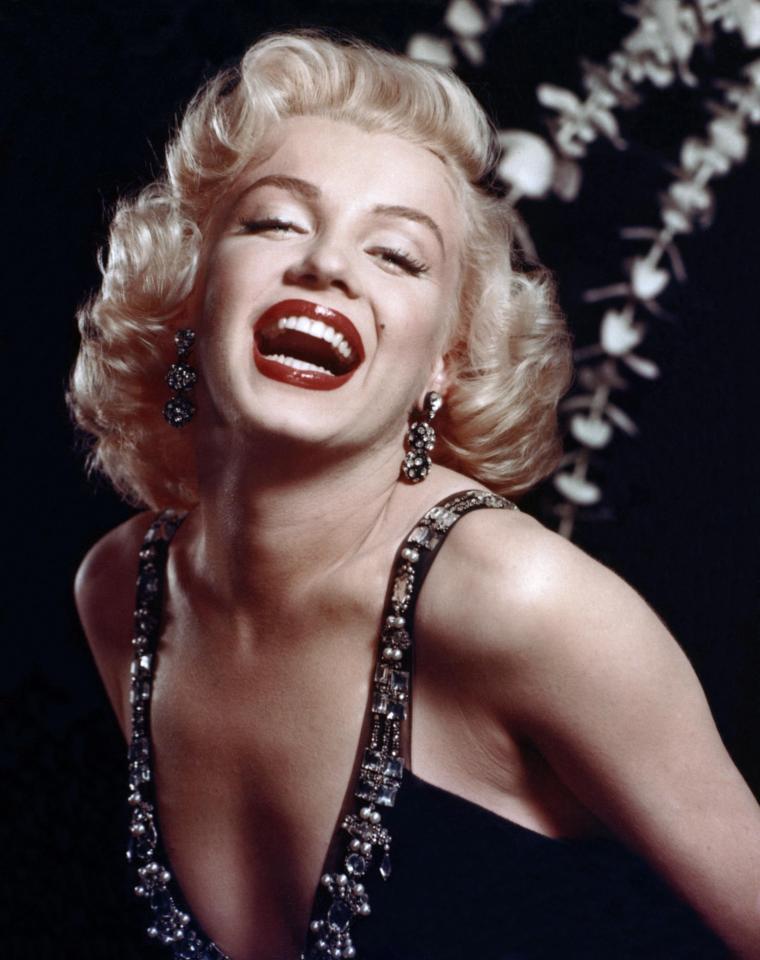