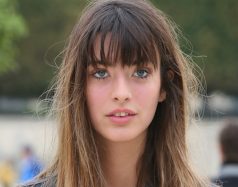 From French-girl curtain bangs to innovative Korean skin treatments, Pinterest is our go-to destination for inspiration when it comes to beauty trends from around the world.

With over 4.1 million beauty ideas saved by Australians every month on Pinterest, there’s no shortage of inspiration on the popular photo sharing social media platform. According to recent data, here are the make-up, hair and nail trends that have soared in popularity internationally over the past year.

Scroll to see the most popular beauty trends in eight different countries, the findings might surprise you!

It’s all about the new perm with the 80s inspired hairstyle soaring in popularity by +205% in the last twelve months.

We already know French girls love their curtain bangs in 2018, but brown eyeshadow is also up by +85% since last year.

Braided hairstyles climbed in popularity by a HUGE +445% since the previous year.

Saves for blonde highlights up by +345% since last year.

The only nail trend to appear on the list, French manicures are up by +555%-tres chic!

Another hair trend tops the list in Mexico with balayage for brunettes +235% since 2017.