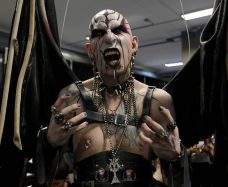 The Colombian Tattoo Convention attracts thousands of people to the city of Medellin where they can mix with fellow lovers of radical body art.

Famous performance artist Jacob Angel was pictured at the event today showing off his array of body modifications.
Jacob – also known as the Angel of Death – was seen wearing a pair of leather wings and bondage gear while proudly displaying his split snake tongue and sharpened teeth. 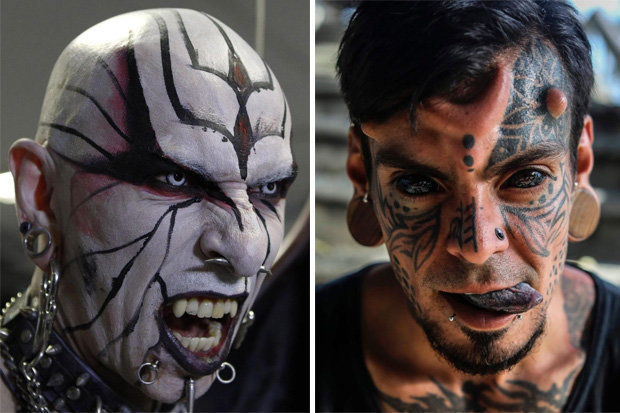 SCARY: Many people have had their appearances drastically and terrifyingly altered 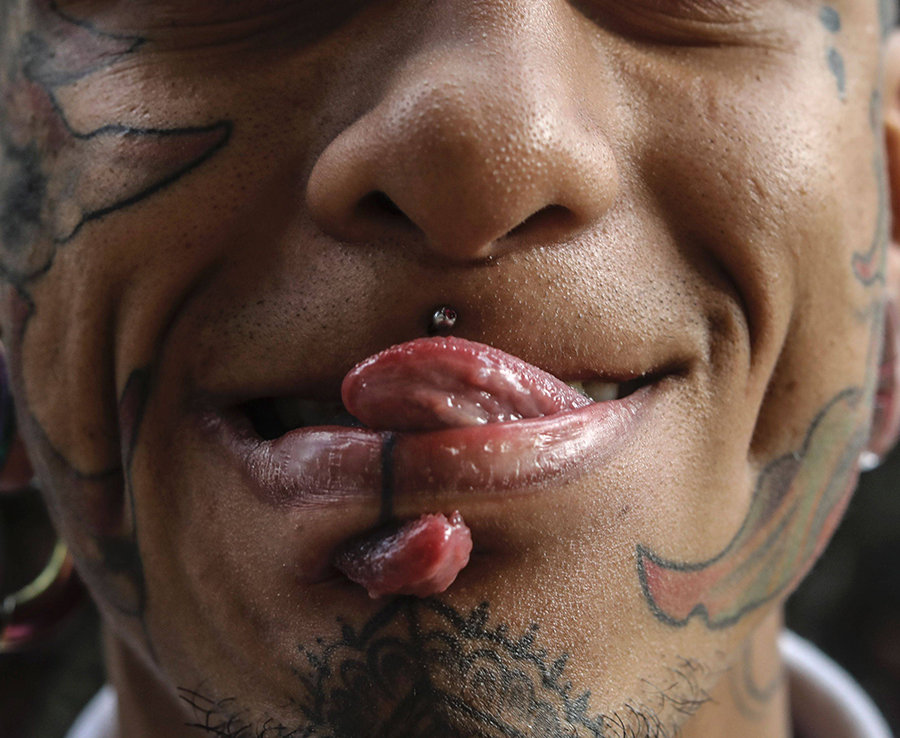 SNAKE: This man has had his tongue actually split to resemble a serpent

Getting a drunken tattoo on holiday is practically mandatory! Top Tattoos in Ibiza show off their work
He has previously been dubbed a “real Colombian vampire” due to his shocking appearance and has been on numerous TV shows.Last year, he reportedly performed a routine hanging from metal chains that had been attached to him via hooks that pierced through the skin on his back.Another bloke called Carlos Dehaquiz was also snapped at the convention showing off his implanted devil horns.Photos of him show the shocking lengths to which he has gone to utterly transform his appearance.

These have included getting his eyeballs tattooed black and having pieces of silicone surgically implanted underneath his skin.Tattoo conventions are becoming increasingly popular worldwide.They are an opportunity for artists to show off their work and for fans to admire each other.