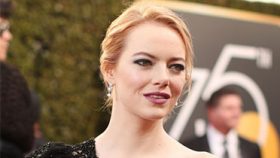 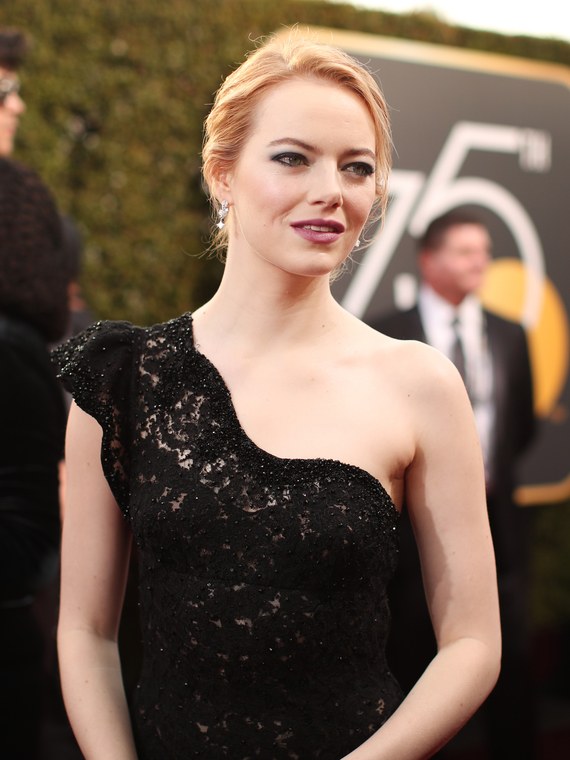 The decision for actresses and actors to wear all black to the Golden Globes 2018 to protest sexual harassment was the big news on the red carpet. And the decision brought with it some challenges for makeup artists — but challenges they were more than happy to accept. “The whole sentiment of the night was about everyone coming together in solidarity, coming out against sexual assault, and it was this important message that we knew would be the sentiment of the night,” said Emma Stone’s makeup artist, Rachel Goodwin. “Some people decided to hold back with their makeup, but I asked myself, How can I send a message with beauty that was in solidarity with the effort?”

So Goodwin did some research, looking into the Women’s Suffrage Movement of the late 1800s/early 1900s. “I found these incredible banners, sashes, pins, and jewelry that women of the Suffragist Movement wore and they all had these three colors — green, purple, white — and those were the Suffragist colors. So I decided to make that my beauty message and to create and design a makeup that had a message of empowerment, so that was where the inspiration came from,” said Goodwin.

This woman’s strength and beauty truly know no bounds. #emmastone heading to the #goldenglobes red carpet tonight. Emerald green eyes and violet stained lips #rachelgoodwinmakeup for NARS #narsissist Who said black has to be boring??

“Her eyes are green, her lips and cheeks are purple, and there’s white on the inside of her eyes and along her brows — and those are the only three colors in the makeup,” Goodwin explained.

Goodwin said Stone was equally as excited about the idea. “In their literature, purple was a royal color that stood for the royal blood that flowed through the veins of every Suffragette, their instinct for freedom and dignity, white stood for purity in public and private life, and green was the color hope, and that’s why they chose those colors. So when I explained it all to her she was so excited about it.”