The Most Creative, Unique, and Daring Celebrity Makeup Looks of 2018 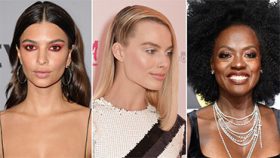 Celebrities are veering outside of the typical lanes of smoky eyes and red lipstick on the red carpet in favor of more colorful, bold looks in 2018, and we are so here for it. Although nothing is wrong with those classic looks, we appreciate the unexpected makeup that has been happening lately. Rihanna, Bella Hadid, and Viola Davis have been inspiring us to be a bit more adventurous with our makeup routines with their colored liners, bold lipsticks, and vibrant eye shadow. Keep scrolling to check out seven fun makeup looks that we’ll be recreating ASAP. Don’t worry, the skills of a professional makeup artist Patrick Ta or Hung Vanngo aren’t required for you to try them out, too. Margot Robbie’s stunning white liner, in particular, is a simple way to switch up your go-to look. Without further ado, here are some of the best celebrity makeup looks of 2018. 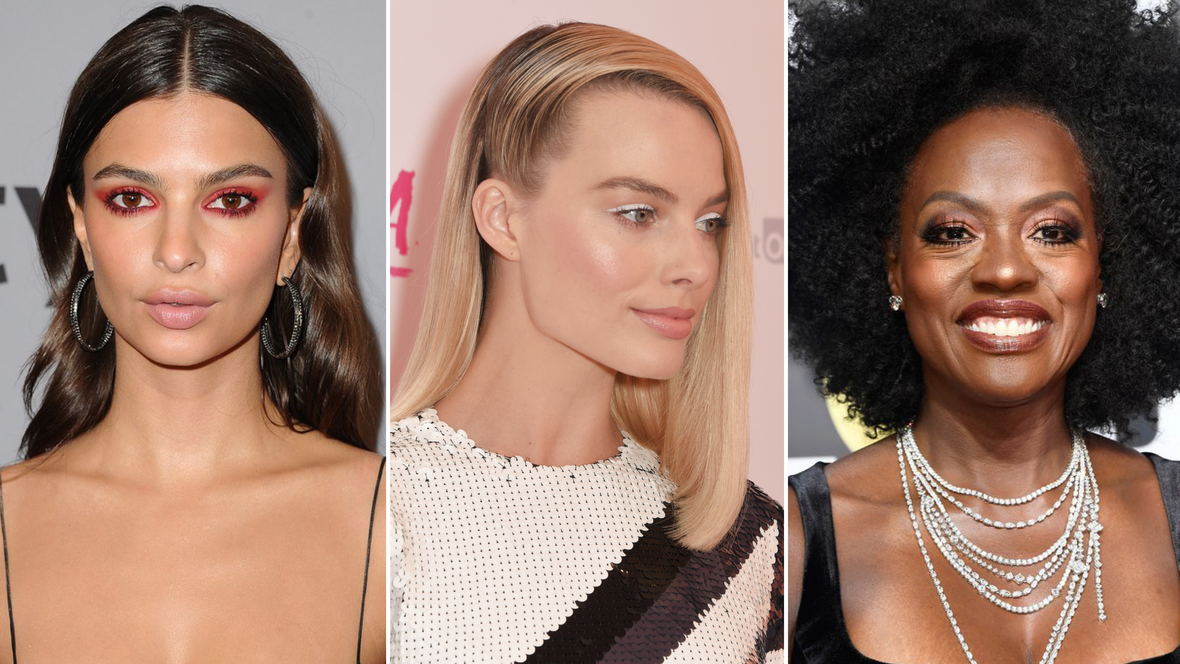 Lily Collins attended the Miu Miu 2019 Cruise Collection Show in Paris wearing not only an outfit reminiscent of the mid-1960s, but a modern take on Twiggy-inspired makeup. Vincent Oquendo gave Collins shimmering lids in a pale turquoise shade. Her waterline was brightened with a white pencil, and her eyes were further opened with somewhat spiky mascara on both the top and bottom. The rest of Collins’s makeup leaned nude, with a slightly glossy beige-pink lip and matching shade of draped blush.

Posted to Patrick Ta‘s Instagram, this monochromatic look on Gigi Hadid plays with pink in the most unexpected ways. Playing off Hadid’s bubblegum-colored dress, Ta used increasingly bright shades of pink starting with a muted lip, moving up to a sculpting medium-tone shade on the cheeks, and topping off a generous area of the lids with a near-neon hue. The look is pulled together with an intense highlight on the high points of Hadid’s bone structure.

While at Cannes, Amber Heard took a classic look, complete with cat eyes and red lipstick, and gave it a modern twist. She added a single crystal in the middle of each of her lower lashes lines, creating a simple way to try one of spring’s biggest makeup trends.

Many at the world premiere of Avengers: Infinity War felt mesmerized by Scarlett Johansson’s back tattoo, but we were fixated on her colorful eye makeup. Makeup artist Frankie Boyd swept on a variety of violet shades from the Pat McGrath Labs Mthrshp Subversive La Vie En Rose Eyeshadow Palette in a winged shape.

Neon makeup has been a growing spring makeup trend on Instagram. Now that Rihanna tried the fluorescent look out for herself, though, you’re about to see it everywhere. For a Fenty x Puma event at Coachella, makeup artist Priscilla Ono covered the singer’s lashes in a shockingly bright shade of pink to match the softer variations of the hue on her lids and cheeks. Our fingers are crossed that the neon pink mascara is an upcoming Fenty Beauty launch.

At the 2018 GLAAD Media Awards, Chloë Grace Moretz’s eye makeup looked as majestic as a unicorn. Makeup artist Mai Quynh coated the actress’ lashes with a cobalt blue mascara after decking out her lids with pink cut creases and a soft blue shadow. The dreamy look was tied together with a shock of pink on the tops of Moretz’s cheekbones.

Makeup artist Allan Avendaño didn’t stop at one flick on each of Camila Cabello’s lids when she attended the iHeart Radio Music Awards. With the L’Oréal Paris Telescopic Liquid Liner in Carbon Black, he added a second wing directly underneath for a double-decker cat eye.

Taylor Hill drenched herself in coral hues from head to toe at the 2018 Vanity Fair Oscar Party with the help of makeup artist Hung Vanngo. He tied the summery shade into her eye makeup, blush, and lipstick.

Makeup artist Sergio Lopez-Rivera brushed a rosy pink eye shadow along the outer corners of Darby Stanchfield’s eyes and blended it inward with a shimmery rose gold shade when she attended the 26th annual Elton John AIDS Foundation Academy Awards Viewing Party. The same rose gold hue helped brighten up the How to Get Away With Murder star’s cheekbones, too.

For a Golden Globes afterparty, Emily Ratajkowski added some color to her little black dress with fluorescent pink eye shadow. Makeup artist Hung Vanngo brushed a shadow from the Marc Jacobs Beauty Scandalust Eye-Conic Multi-Finish Eyeshadow Palette all over the actress’s lids before sweeping some upward toward the tails of her brows in a winged shape. He also topped her lips with nude lipstick to balance her minimalist look.

Instead of pulling out a classic black liquid liner from her kit, makeup artist Pati Dubroff etched Margot Robbie’s lids with white for the UK premiere of I, Tonya. Dubroff kept the rest of the actress’s makeup glowy and fresh with highlighted cheekbones, petal pink blush, and pink-toned nude lipstick. You can recreate the look at home with the L’Oréal Paris Infallible Eye Paint Liner in White Party.

With yellow eye shadow claiming real estate in palettes left and right, including one of Kylie Cosmetics’, it was only a matter of time before Kim Kardashian experimented with the unexpected hue. Makeup artist Mario Dedivanovic swept a dandelion shadow onto Kardashian’s lids before she stepped out in Tokyo with her new pink hair. You can find tips for pulling off yellow eye shadow here.

If smoky eyes and cat eyes had a baby, this look would be it. Makeup artist Patrick Ta kept the edges of Bella Hadid’s wings crisp as a blade but buffed out the top part to smoke it up towards her temples. Paired with a blindingly bright highlighter, peachy nude blush, and MLBB lipstick and you have the perfect look for going out.

When makeup artist Vincent Oquendo got Hailey Baldwin ready for the Brit Awards, he took major cues from Rihanna. He payed homage to her iconic navy blue lipstick moment by using a lipstick from the singer’s own beauty line: the Fenty Beauty Mattemoiselle Plush Matte Lipstick in Clapback. To give Baldwin’s lips some added shine and hydration, he tapped the Bite Beauty Agave Lip Mask on top.

Speaking of Rihanna, the songstress previewed some upcoming Fenty Beauty launches after performing at the Grammys, and we’re drooling over her gilded lips and shimmery purple eye shadow. The metallic duo work in harmony perfectly.