35 Things Every Makeup Addict Has Felt Slightly Guilty About Doing 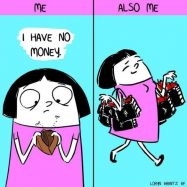 Been to afraid to tell someone they have lipstick on their teeth, and then imagined them finding out and blaming you for it. 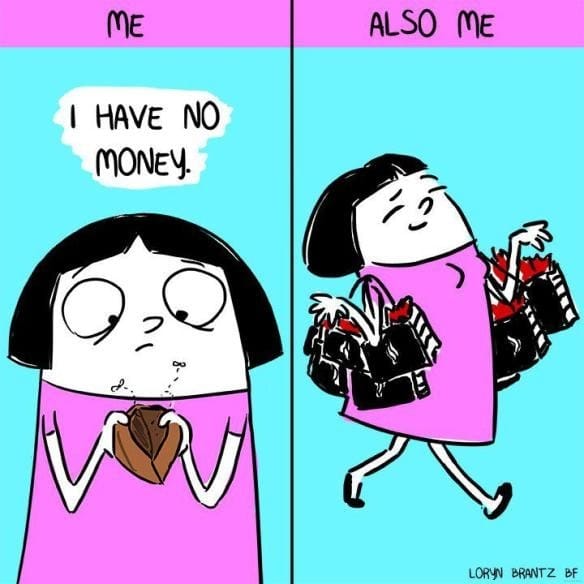 1. Bought a lipstick you already have and convinced yourself it was a ~slightly different colour~.

3. Accidentally gotten makeup on someone after hugging them.

4. Or got foundation all over the neckline of a top you were trying on.

5. Used a receipt at the bottom of your bag as blotting paper.

6. Fallen asleep with your makeup on after a night out.

7. Or after a long, exhausting day.

8. Or just because you were too damn lazy to take it off.

9. And then worn that same makeup from the night before, the next day.

10. Managed to get makeup smudges over all the white surfaces you came into contact with, including walls and light switches.

11. Put your foundation on with your fingers instead of an applicator.

12. Pretended as if you were going to buy a product because the shop assistant was really nice, and then put it down as soon as they’d left because it was too expensive.

13. Refused to wash your makeup brushes for longer than you were prepared to admit.

15. Used your own saliva to fix a makeup mistake because you didn’t have a cotton bud handy.

16. Perfected a flawless face of makeup and felt as if you’d wasted it just because you didn’t stay out long enough for more people to appreciate it.

17. Been late for an event because you were spending too long doing your eyeliner.

20. And to be honest, probably their eyeshadow too.

22. Held your setting spray way too close to your face and almost blinded yourself in the process.

23. Left a trace of lipstick on every food and drink you touched.

24. Failed to restrain yourself when “just having a look” in a makeup store.

25. Thought of how you would have done someone’s makeup while talking to them.

26. Panicked more than you probably should have at the thought of having lost your makeup bag.

27. Used a tester straight on your face without cleaning it or using a disposable applicator.

28. Picked off your dried mascara and flicked it on the ground.

29. Felt like you were abandoning all your other lipstick colours because you only ever wear the same three at a time.

30. Kept a product way after its death because it’s your fave and you couldn’t be arsed to buy another.

31. Accidentally rubbed your eyes when you had eyeliner on and unwittingly made yourself look like a panda.

32. Tried to use a random sharp object to whittle down your eyeliner because you had no sharpener.

33. Knew you probably should remove your makeup before having a shower, and then didn’t.

34. Refused a kiss because keeping your lipstick perfect was more important than love.

35. Cried because the makeup look you’d been practicing for weeks for a special occasion wasn’t going right and felt like you’d been personally persecuted by the makeup gods to have shit makeup forever.