11 French It Girls You Should Follow Before Paris Fashion Week 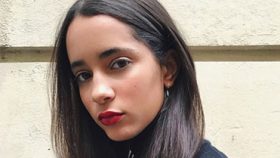 The Spring 2018 season will draw to a close this week, finally touching down in Paris for some of the biggest, most anticipated shows of the season—and for the European debuts of several American brands who recently decamped for the City of Lights, like Proenza Schouler, Thom Brown, and Altuzarra. But for all American designers may be taking over Paris Fashion Week, the city still has its very own contingent of It girls and models whose looks are just as enviable as their front-row seats at all the shows. Whether the offspring of models and actors like Lou Doillon, daughter of Jane Birkin, and Thaïs Klapisch, daughter of Cédric Klapisch, up-and-coming models like Léa Julian and Estelle Chen, or the enigmatic, globe-trotting teens of the Gucci Gang, here’s the complete rundown of 11 Instagram accounts you should be following before the Paris shows get underway.

When Iman Perez is not occupied on the equestrian circuit—she’s a competitive show jumper, occasionally appearing on the same team as Jessica Springsteen, she moonlights as a model, signed to the agencies Next and Storm. The daughter of actor Vincent Perez and the niece of director Luc Besson, Perez is also a Chloé girl—which means she and her perennially flawless hair are likely to be spotted in the front row this Paris Fashion Week.

You’re more likely to spot model Léa Julian on the runway than off, but in between walking for the likes of Moschino, Fendi, and Marc Jacobs, to name a few, Julian shows off her playful side on Instagram—like, you know, using starfish as nipple pasties.

Lou Doillon,the daughter of French screen legend Jane Birkin and the younger sister of actress and Saint Laurent muse Charlotte Gainsbourg, was last spotted unveiling her new book at Colette Paris. But the model and artist is also consistently spotted in the front row alongside her mother and sister, instantly recognizable for her lanky physique and eye for quirky vintage pieces.

If you’re not one of the 1.6 million already following Thylane Blondeau, Paris Fashion Week is the time to change that. (Disregarding, of course, that she’s in Milan in this image.) When Blondeau, now 16, was a child, she was, not without controversy, named the “most beautiful girl in the world“; these days, as a singularly beatiful teen, you’re more likely to spy her in the front row alongside the likes of Gabriel Kane Day Lewis.

Like so many young It girls these days, Thaïs Klapisch is part of French cinematic royalty: In her case, Klapisch is the daughter of director Cédric Klapisch, best known for the early-’00s indie L’auberge espagnole, and the actress Lola Doillon, half-sister of Lou Doillon (who, after all, is another front-row star you should be following). Klapisch is a member of the so-called (and unofficially affiliated) Gucci Gang, a contingent of young French It girls who broadcast their escapades on Instagram. Naturally, these escapades continue well into the front row.

It might be a cliché, but when we talk about French girl hair, we’re usually talking about décontracté layers and a long, blunt fringe like those of Jane Birkin—or, alternately, those of French It girl and model Louise Follain. Follain’s hair is certainly one of her trademarks, but so too is her penchant for wearing lots of under-eye mascara, giving her a Twiggy-meets-Birkin look. She was recently in New York for the beginning of the Spring 2018 season, but now that she’s returned to Paris, we’re anticipating seeing a lot more of her at Paris Fashion Week.

Angelina Woreth loves menswear and Uniqlo, but that doesn’t mean she’s any less likely to be spotted around Paris Fashion Week. After all, where else is a girl who named her crew after one of fashion’s most storied houses (albeit an Italian one) to hang out while all the shows are going on?

Judging by her Instagram, Crystal Murray is an avowed fan of pizza. After all, she made sure to stop for a slice while she was in New York earlier this month, and she even managed to track down good pizza in Paris, not a city known for this particular combination of cheese and carbs. (They have creperies for that.) And there’s little we appreciate more than a girl who knows her way around a pizza parlor.

Designer Simon Porte Jacquemus has an eye for up-and-coming models—after all, Charlotte Cardin walked his runway during her modeling days—and his endorsement of Dolores Doll is no exception. Doll (her real name) ascended into the spotlight when she collaborated with Jacquemus three years ago, but she’s a successful model in her own right and, as her 15,000 followers can attest, one to follow to keep up with all the behind-the-scenes goings-on at Paris Fashion Week.

Up-and-coming French-Chinese model Estelle Chen recently earned a spot among the freshman class of the Victoria’s Secret Fashion Show, but her high-fashion bona fides are equally impressive. In between walking for the likes of Fendi, Dior couture, and Louis Vuitton cruise, she’s also sending out playful dispatches from fashion week and beyond to her nearly 100,000 followers.

23-year-old French actress Karidja Touré has quickly been accepted into French fashion’s inner circle, and has now been spotted in the front row at Jean Paul Gaultier, Elie Saab, and Chanel. The up-and-comer’s Instagram leans heavily towards selfies; even beyond Paris Fashion Week, she’s one to follow to get an inside look at her extravagant, globe-trotting adventures.